Mee goreng stalls cook up a storm despite pandemic

Stall operator Datuk Dr Shahul Hameed Syed Mohamed said a few runners have been ordering hundreds of packets of the mee sotong and delivering them to other states on a weekly basis.

“At the stall here, we offer take-aways, as well as through online delivery services.

“We’ll only reopen for dine-in when it is safe for my staff as well as customers,” he said.

Shahul Hameed’s flavourful mee sotong has received rave reviews from food writers and bloggers all over the world.

He said he unintentionally found fame through his noodles which has been a foodie delight for generations since 1981.

Before this, his father, who started the business in 1948, was only selling the “basic” mee goreng on a push-cart in front of the Penang Port Commission in Weld Quay.

“In 1981, a regular customer told me to whip up something different as he was bored of eating the usual.

“I didn’t know what to do then, and decided to mix everything I had and add in the squid.

“I made it sweet, tangy and spicy, not expecting much of the dish but to my pleasant surprise, it turned out to be a hit and the customer recommended it to others.

“The customer called it ‘mee sotong’ and there has been no looking back since,” he said when met at his stall recently.

Shahul Hameed, 56, has since handed over his business to his son and son-in-law, and only turns up every morning for a taste test.

“To me, quality is everything and it is important that the taste is always the same.

“I want the price to be reasonable so that everyone can afford to eat it,” he said.

Over at the Jelutong Market, Thahir Hussain Syed Ibram Shah, 58, credits the popularity of his mee goreng and mee rebus to being cooked over a charcoal stove.

“I have not changed a single thing in my uncle’s mee goreng recipe.

“It is just the usual mee goreng but cooked over charcoal, which adds to the aroma and enhances the flavour,” he said.

Thahir Hussain started helping out at the stall as a kid, before taking over the business from his uncle some 30 years ago.

He said his uncle started the stall over 60 years ago.

“It is a family recipe with homemade sauce and my ingredients are all natural.

“The charcoal brings out the flavours and I refrain from using belacan (shrimp paste), preservatives and taste enhancers.

“I try to make it as healthy as possible because I want to ensure there are some good nutrients in the meal.

CK Lam, who has promoted Penang cuisine for more than a decade via her food escapades, said the popularity of mee goreng came from various aspects of the dish.

“For me it is the art of how it is made, the frying, the skill, watching them toss it around, it is wonderful to witness and then enjoy.

“It is a versatile meal that can be eaten any time of the day which is always an added attraction.

“Even in these trying times, it is affordable and tastes good even when you tapau (takeaway) it.

“Certain foods need to be eaten at the shop as it loses its flavour once brought home.

“Mee goreng tastes the same hours later which is great for those on the go or who pack it home,” she said.

Lam said its appeal transcends cultures as it is a staple that appeals to all races.

“It is convenient to eat on the go as it is manageable for those on the road and can be eaten anywhere.

“It can be easily found as well, as many stalls sell the dish,” she said. 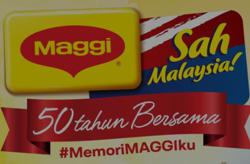