KOTA KINABALU: Sabah’s incoming Commissioner of Police Datuk Idris Abdullah says he will focus on integrity, the service delivery system, and support for government policies during his tenure.

He said these were the immediate matters he wished to address and work on, while ensuring that the good works of his predecessor Datuk Hazani Ghazali in keeping the state borders safe from existing threats are maintained, if not improved on.

He said for the three main aspects mentioned, integrity among police personnel was immensely important and not to be compromised.

“We also hope to see our policemen uphold their loyalty to the nation and carry out their duties with full commitment,” Idris said after a handing over of duties ceremony at the State Police Headquarters in Kepayan near here on Thursday (Sept 2).

“We want to Increase our efficiency in our service to the people and to assist the government in delivering its policies and programmes,” he added.

He acknowledged that with Sabah’s geographical factors that could pose challenges to crime prevention efforts, strong diplomatic ties and the right approach are needed with neighbouring Indonesia and the Philippines.

“We have to also improve our intelligence gathering, and (review) how our strategies work from time to time,” Idris said.

He said there was a need for better technical support as well as obtaining high-tech assets and equipment to tackle cross-border crimes and other threats.

Due to the state’s vast coastline, he said there is also a need to also maintain close cooperation with security forces under the Eastern Sabah Security Command (Esscom).

Hazani was Esscom commander prior to being made Police Commissioner of Sabah.

“I will continue with the good works by Hazani,” he said.

Earlier, Inspector-General of Police Datuk Seri Acryl Sani Abdullah Sani witnessed the handing over of duties from Hazani to Idris.

Hazani will assume the post of Internal Security and Public Order Department director in Bukit Aman.

In his speech, Acryl Sani said he hoped the state police force will work together with the new commissioner to fight crime and tackle elements like illegal immigrant issues, smuggling, cross-border crime and the spread of Covid-19, among others.

He also expressed confidence that Hazani will be able to carry out his new role in Bukit Aman effectively due to his vast experience fighting crime in Sabah.

On another matter, he said almost 90% of the police force nationwide has been fully vaccinated. 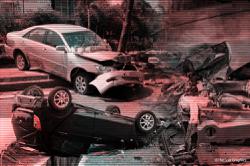