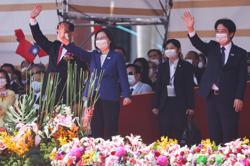 THIS year's National Day celebration was a unique one for SJK(T) Ladang Padang Meha pupils who took part in their school's online programme, Makkal Osai reported.

Headmaster Karunamoorthi Subramaniam said the rural school in Kulim, Kedah used to host month-long Merdeka related festivities every year but such celebrations were not possible this year.

Not wanting the children to miss out on the important day, the school decided to host the celebration online like many other schools are doing this year, he said.

The pupils took part in a virtual morning assembly singing the national anthem followed by a special Merdeka-themed speech by the headmaster.

This was followed by patriotic poetry and song recitation by children from various classes.

The school will also host online singing and colouring competitions up to Sept 15 with winners to be announced the following day.

The winning students will receive their prizes once the school reopens or at home if the reopening is delayed further, the headmaster said.

> The Tamil Nadu state government will save about 130 million Rupees (RM7.4mil) by not replacing the former chief minister's photos on school bags, the daily also reported.

During the education budget debate in the state legislative assembly, State Minister for School Education Anbil Mahesh Poyyamozhi confirmed that the previous ADMK led state government had apparently purchased 6.5 million school bags to be given free to students from poor families.

M.K. Stalin, who led the DMK party to a landslide victory over their nemesis ADMK, apparently refused to have the bags replaced despite the bags bearing images of the currently opposition party leaders as this will cause waste and incur additional cost.