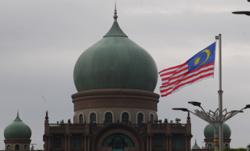 PETALING JAYA: The salaries of all newly-appointed ministers should be halved, says Umno veteran Tengku Razaleigh Hamzah, while sharing his opinion of the new Cabinet line-up.

The Gua Musang MP, who is popularly as Ku Li, was the sole Umno MP who did not sign a statutory declaration in support of Datuk Seri Ismail Sabri Yaakob as prime minister.

"Many have asked about my reaction towards the recently announced Cabinet... Umno is disappointed with this.

"Let's pray for their salaries to be half of what they earned under Tan Sri Muhyiddin Yassin (during his tenure as prime minister)," he said in a brief statement.

Among the changes were Khairy Jamaluddin as Health Minister who swapped portfolios with Datuk Seri Dr Adham Baba, who is now Science, Technology and Innovation Minister.

There are 31 ministers and 38 deputies in Ismail Sabri's cabinet.

Four ministers from the previous Cabinet were dropped from the latest Cabinet line-up under Ismail Sabri.

Umno's Datuk Ser Dr Shamsul Anuar Nasrah, who quit as Energy and Natural Resources Minister on Aug 3, was not reappointed to the Cabinet and his replacement is Datuk Seri Takiyuddin Hassan from PAS.

Datuk Dr Abdul Latiff Ahmad, who was the rural and regional development minister, is the new Special Functions Minister.