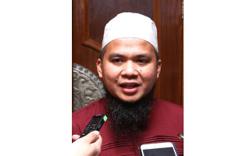 KUALA LUMPUR: Police have recorded the statement of the complainant in connection with the alleged sexual harassment case against celebrity preacher Ebit Lew.

"We have already taken the statement of the complainant in the case but we cannot disclose the identity.

"We are still waiting for other witnesses pertaining to the case," he said when contacted on Tuesday (Aug 24).

Comm Abd Jalil had said that Ebit Lew's statement was recorded at the federal police headquarters.

"We recorded his statement to assist investigations under Section 509 of the Penal Code, Section 14 of the Minor Offences At 1955 and Section 233 of the Communication and Multimedia Act 1988.

"We will carry on with the investigations and refer the matter to the Attorney General's Chambers once it is completed," he had said.