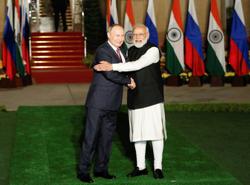 Computer geeks: Koh (left) and Sheng Han are experts in their field.

PETALING JAYA: During the pandemic, many young Malaysians have quietly contributed to society. They have taken time off full-time jobs to develop solutions that help society better understand the situation.

Henry Lim is one of them and he has been using his skills to analyse data on vaccinations and translating them into visuals.

Henry developed the vaccination tracker @MYVaccineCount on Twitter as his way of contributing back to the nation.

The front-end developer who is based in Bangkok said back in February he was getting the country’s vaccination progress from media outlets and found it difficult to keep track of the progress.

After stumbling upon the Special Committee for Ensuring Access to Covid-19 Vaccine Supply Twitter account, he noticed that it published the total doses administered in an infographics format.

“From the infographics, it was hard to understand the ‘real’ numbers since what I wanted to know is the percentage of partially or fully vaccinated people in Malaysia.

“It was troublesome to calculate the percentage myself every single day back then.

“Furthermore, there was no data on the daily vaccination rate,” the 25-year-old said.

As such, Henry said since he had coding skills, he decided to build the vaccination tracker.

“I got the inspiration from the US Vaccine Tracker Twitter account to build something similar for Malaysia. It only took me a few hours,” he said, adding that his biggest challenge was how to program the data without any human intervention.

Initially, Henry added that he used the optical character recognition method to get the data as the government did not provide a public API for it.

As the government has made the Covid-19 data accessible through the GitHub repository, he said he now picked the vaccination data directly from there.

The government made its Covid-19 data available on the GitHub platform on July 24.

“I don’t care about politicians and politics. My goal is to make the data easier for the public to understand. That’s it,” he said.

Henry believed the Twitter bot he created had enabled people to better understand the vaccination progress.

“Since I also show the daily vaccination rate, it’s really easy for everyone to check if it meets the daily dose promise,” he said.

Koh Wyhow, who developed a mySejahtera hotspot tracker, said he built it simply because he wanted to know where the hotspots were so he could avoid those places.

He said it took him two to three days to create his first draft and it had since obtained more than 20,000 views.

“I believe my tracker has helped a lot of people based on the feedback that I’ve received.

Koh, who is also in the midst of developing a dashboard covering the Covid-19 Immunisation Task Force and Health Ministry’s data, hopes to see more granular data and timely updates from the authorities.

Data scientist Lim Sheng Han was compelled to create a vaccination tracker that analysed how soon the country could reach the 80% vaccination target.

“I think that is the question a lot of people want to know, especially small businesses, tourism and hospitality industry, entrepreneurs and individuals whose livelihood depends on the reopening of the economy.

“Looking at the daily cases alone paints a very bleak picture. So, I wanted to bring a bit of hope by showing how our vaccination programme is progressing, which it has been doing very well,” said the 32-year-old, who works for a software house that develops artificial intelligence solutions for the semiconductor industry.

With this in mind, he said he then took a “five-day weekend” to finish his vaccination website https://vax.tehcpeng.net/.

“In my profession we should be good data storytellers, who are able to take in boring tables and spreadsheets to present and visualise it in a way laymen can understand,” Sheng Han said, adding that putting the information out there would expose the public to the importance of data.