PETALING JAYA: Their Majesties and politicians from across the political divide joined fellow Malaysians in their euphoria over cyclist Datuk Azizulhasni Awang’s silver medal win in the men’s keirin event at Tokyo Olympics.

In a statement on Istana Negara’s Facebook page, their Majesties also described Azizul’s achievement as a “very meaningful success” for the country.

“All Malaysians are certainly very proud of the high fighting spirit displayed by Datuk Azizulhasni,” the statement read.

Their Majesties also expressed their appreciation to Youth and Sports Minister Datuk Seri Reezal Merican Naina Merican as well as the national track cycling coaching team and the entire national contingent at the Tokyo 2020 Olympic Games.

They also prayed for all the nation’s athletes to continue to achieve outstanding success and bring glory to the nation in upcoming competitions.

Prime Minister Tan Sri Muhyiddin Yassin said Azizul’s success added to the joy of the national contingent before the closing of the Tokyo Olympics last night. 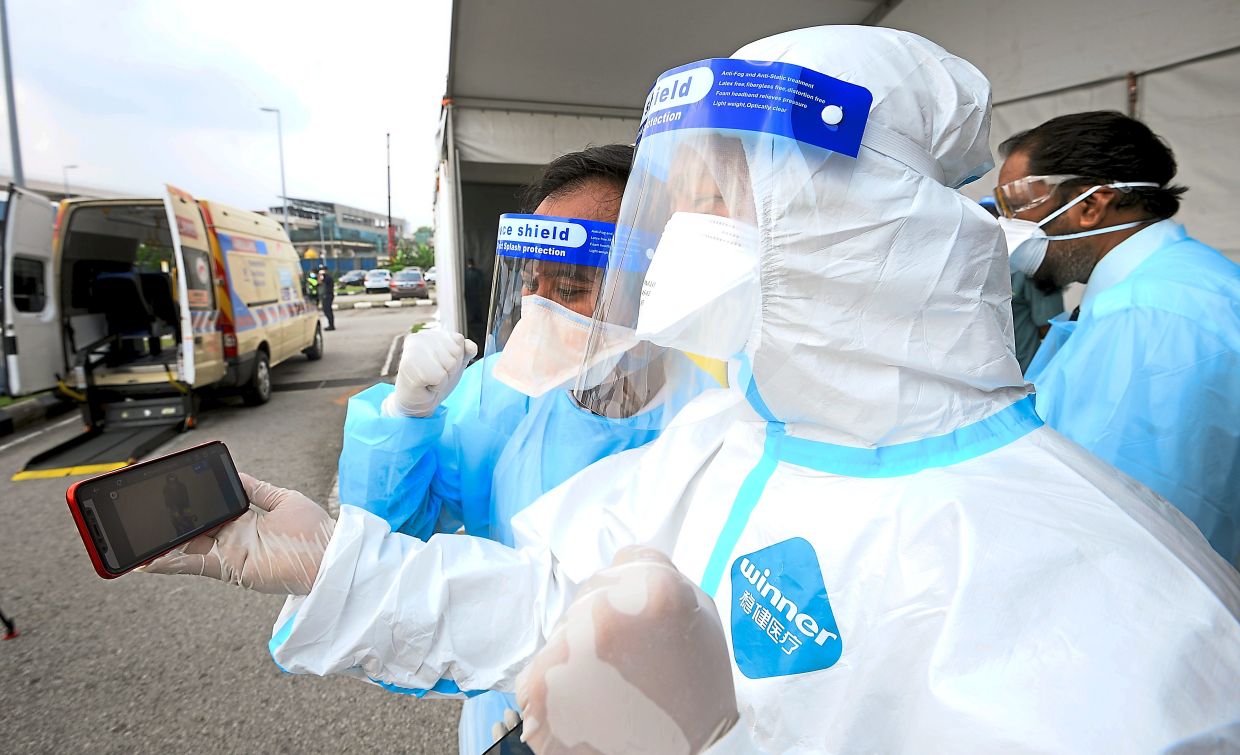 “Whatever the colour, the sparkle of the medals collected at the largest sporting stage will certainly be of a significant meaning to you and the country when the Jalur Gemilang is raised.

“All Malaysians are proud to see your performance and the unwavering spirit you have shown.

“I was also moved to see your cries of victory just now.

“We in Malaysia understand the feelings and hardships that you have gone through throughout these games. Thank you for all your sacrifices for the country,” he said.

He also thanked Reezal Merican, the coaching staff and the entire Malaysian contingent on the win.

Muhyiddin also told Mohd Shah Firdaus Sahrom not to feel disheartened for not making it to the keirin final with Azizul.

“The commitment and spirit of ‘For Malaysia’ that was displayed when you were willing to put aside the pain experienced, by itself proves that you are a hero to be admired. Thank you, Shah Firdaus,” he said in a statement.

Shah Firdaus had crashed in the opening first round on Saturday before he rebounded to reach yesterday’s quarter-finals.

“On behalf of all Malaysians, I would like to congratulate him for contributing the second medal for Malaysia. His achievement has brought Malaysia pride.”

“It would be a lie to say we were not touched and proud of the powerful sprint of Datuk @Azizulawang in the final just now. Thank you and congratulations Jijoe!! Although you missed out on the gold, the #DemiMalaysia struggle which won you silver is still very valuable and meaningful and will be treasured forever!” Hishammuddin tweeted.

Communications and Multimedia Minister Datuk Saifuddin Abdullah said: “We are all proud of you!”

PKR president Datuk Seri Anwar Ibrahim praised the cycling wonder. “Congratulations to Datuk @Azizulawang for winning silver in keirin at Tokyo 2020 Olympic Games just now. You did your best!” he posted on Twitter.

WHAT THE FORMER CYCLISTS SAY

Chong Wei believes Azizul can win the gold in Paris 2024

We can learn valuable lessons from athletes

I’m so, so sorry, sobs Azizul

Shah Firdaus says painful experience will strengthen him for the future