Well ahead of schedule 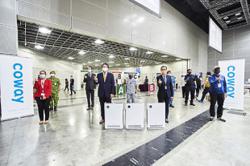 PETALING JAYA: The goal of vaccinating 80% of the population is well ahead of schedule following a record 1.07 million doses administered over two days this week, says Science, Technology and Innovation Minister Khairy Jamaluddin.

“The daily vaccination rate reached its highest on Tuesday when a total of 553,871 doses were successfully administered nationwide where 356,112 individuals received their first dose and 197,759 their second dose.

This followed the 521,923 jabs given on Monday, he said when briefing the Dewan Rakyat yesterday.

Khairy, who is the coordinating minister of the National Covid-19 Immunisation Programme, added that Oxford University had taken note of Malaysia’s fast-track vaccination achievement.

“Based on the data in ‘Our World in Data’, a website by Oxford University, Malaysia is now one of the countries in the world that has the fastest vaccination rate per capita.

“The percentage of the population who have received at least one dose has surpassed developed countries such Japan, Australia, South Korea and New Zealand as at Tuesday,” he added.

He said the drive to speed up the vaccination process saw vaccinations increase by some 124% in June and July.

Earlier, Khairy informed lawmakers that the government had initially targeted the vaccination of 80% of the population by February next year when rolling out the national immunisation programme earlier this year.

However, he said this target had since been revised twice.

He noted the time frame was brought forward to December this year and then pushed earlier to October following the recent surge in Covid-19 cases.

On a separate matter, Khairy said some 1.2 million individuals below 18 years old have registered for vaccination.

He said this was out of the 20.13 million people who have registered to get vaccinated as at July 26.

“There is a total of 20,134,971 people who have registered for their vaccination, or the equivalent of 61.7% of the entire Malaysian population of 32.7 million people,” he said.

Currently, those aged 18 and below are allowed to register for their jabs, although the vaccination rollout for this group is still being reviewed for its benefits and risks.

At the moment, only children with chronic health conditions will be prioritised.

Khairy added that the overall registration rate was still below the target vaccination coverage of 80% under the Covid-19 National Immunisation Programme.

However, he noted that 80.5% of the adult population had registered while 89% of senior citizens aged 60 and above had also registered for their vaccination.

Khairy said there were 2,313 vaccination centres (PPV) of various sizes and capacities that are in operation as at July 22.

He said the figure did not include mobile vaccination units that were deployed to remote areas such as islands and interior areas.

Khairy added that 23.88 million vaccine doses were administered in the country as at July 26.

Also, 418,800 vaccine doses have been received by Malaysian Armed Forces personnel so far.

He added that Malaysia was currently in talks with other countries such as the United Kingdom and Saudi Arabia which had expressed their intention to contribute vaccines to Malaysia.

Wee is all praise for KJ’s NIP presentation 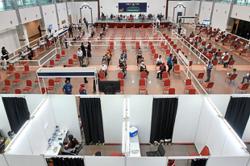