PETALING JAYA: The government is expecting that most states will transition to the final Phase Four of National Recovery Plan as early as October, says Tan Sri Muhyiddin Yassin (pic).

The Prime Minister said the government from time to time will continue to monitor the situation of each states, including intervention measures based on its current needs.

“God-willing, with the continuous efforts to push the recovery process and immunisation programme that is currently running smoothly, we expect that most states to transition to Phase Four of the National Recovery Plan as early as October,” he said in the Dewan Rakyat on Monday (July 26).

For a state to move into another phase under the NRP, it has to attain a certain threshold value of Covid-19 cases, hospital admissions and vaccination rate.

The Prime Minister also explained that the government had decided during the special meeting of National Security Council, that states that had already transitioned to Phase Two of the NRP will not return back to Phase One.

“Similarly, for those that had moved to Phase Three, it will not go back to Phase Two.

“This is because, the approach of the National Recovery Plan stresses on the exit strategy and no turning back,” he said.

However, Muhyiddin said that if there are any reoccurrence of cases in the states, the government will only tightened movement control based on the localities without having to imposed a larger movement control order on a state or an area, like what is currently being implemented.

On June 15, Muhyiddin announced the four-phase NRP – with Phase One being the most restrictive.

Transitions between phases are governed by three threshold indicators – the number of daily cases, the number of beds used in intensive care units and the percentage of the population fully vaccinated.

To enable the transition to Phase Two, the average daily cases of Covid-19 nationwide should drop below 4,000, the public health system should be out of the critical stage, including the rate of bed use in intensive care units returning to moderate levels, and 10% of the population to be fully vaccinated.

About 40% of the population should have received two doses of the vaccine before the recovery plan moves into the new phase.

The transition to the fourth and final phase of the plan could happen when the number of new cases drops to below 500 and the healthcare system at a safe level with enough beds in ICUs. 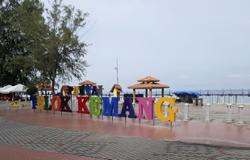