NRP coordinating minister Tengku Datuk Seri Zafrul Tengku Abdul Aziz (pic) said there were examples of a significant drop in hospital and intensive care unit (ICU) admissions in countries such as the UK where vaccination rates were around 40%, indicating that the number of serious cases had dropped as more people got vaccinated.

“We see the same trend in Labuan as well as among Health Ministry staff members who have been fully vaccinated.

“The NRP is dynamic. If there is a drop in cases, and most infections are not serious, then the daily number of cases is not the correct indication for progression in the plan anymore,” he said in an interview on Agenda Awani on Friday.

He said that instead of solely focusing on the number of cases in the third phase, when the country’s vaccination rate was expected to be higher, the NRC had proposed changing the threshold indicators to ICU capacity or even death.

However, that decision was subject to expert advice, he said.

Tengku Zafrul also said the Malaysian economy could return to pre-pandemic levels by next year, but it would all depend on the progress of the National Covid-19 Immunisation Programme and the NRP.

He noted various views on the matter, including that of the United Nations which held that post-pandemic economic recovery rates would differ among countries, with some nations taking between three and five years to recover.

“Malaysia’s recovery may also be aided by measures in Budget 2022 which will complement plans in the 12th Malaysia Plan,” he said. 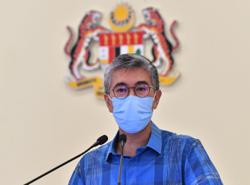 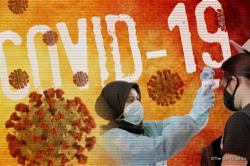