PETALING JAYA: Tun Dr Mahathir Mohamad (pic) claims that Tan Sri Muhyiddin Yassin would not have been Prime Minister as the former premier had already promised the seat to Datuk Seri Anwar Ibrahim.

“Muhyiddin knew he was never going to be prime minister because I promised that when I stepped down, Datuk Seri Anwar Ibrahim would become prime minister.

“And if Anwar became prime minister, I don’t think he was going to nominate Muhyiddin as (his) deputy,” he said in a virtual press conference on Wednesday (July 21).

Dr Mahathir said Umno had enticed Muhyiddin with the Prime Minister’s post if he left Pakatan with Bersatu MPs. 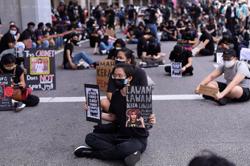