INTERACTIVE: Durian season is in full swing, and here's what you need to know PETALING JAYA: There's plenty of good reasons why the durian is called the king of fruits.

Durio zibethinus Murr – the botanical name of the Malaysian durian – reigns supreme as the country’s top fruit with 377,251 metric tonnes produced in 2019, according to the Agriculture Department.

Its figures show that durian is planted on a total of 70,286ha of land – this is almost equal to the size of Singapore, which is 72,830ha in terms of land area.

Malaysia’s durians are also proving to be resilient in the face of the Covid-19 pandemic.

The country’s durian season started in May, but the lockdown has made it hard to buy the fruit directly from stalls or by the roadside.

To get around the problem, many farmers and traders are now selling their durian online.

Fama worked with e-commerce platform Shopee to set up a Durian e-Fiesta from July 10-31, with 217 durian sellers nationwide getting on board.

Citing another example, Abdul Rashid said that a durian farmer in Melaka sells RM20,000 worth of packed durian each day by advertising on his Facebook page.

Fama has 13 fruit processing centres and there are 33 companies licensed to process durian into frozen paste or pulp for export to China.

In 2019, Malaysia was allowed to export frozen whole durian fruits to China, and 16 companies are now licensed to do so. “These companies are able to absorb any excess supply which helps to keep farm prices stable,” said Abdul Rashid.

While the pandemic has hit many businesses hard, Malaysia’s durian exports could grow this year.

This year, Fama is aiming for Malaysia to export 35,000 tonnes amounting to RM100mil.

Sam Tan, executive director of MAPC Sdn Bhd, Malaysia’s largest durian supplier that exports about 90% of its fruit to China, said there has been a threefold increase in orders for his company’s durian products.

"We work extra hard and smart during this pandemic, particularly in China.

"Our own company in China has been innovative with online marketing, distribution and sales, and we have successfully developed our own ‘A to Z’ network for our customers," said Tan, who is also president of the Malaysia Durian Exporters Association.

Malaysia’s durian season happens in stages each year according to state.

It typically starts in Penang in May, followed by Johor in June or July. It then extends to Perak and Pahang in early July or in early August.

Kelantan, Terengganu and Sabah follow by the end of July or in August, and the season ends in Sarawak at the end of August or in September.

Without fail, Malaysians flock to Google to search for more information about the fruit every time durian season starts.

When Malaysian durians are not in season, many local fans turn to an alternative to tide them over: Thai durians.

Malaysia imported 15,386.54 tonnes of durians of Thailand last year, and Abdul Rashid said that it’s because the season for Thai durian starts in March, when local durians are not yet in season.

Once Malaysia’s durian season starts, local durians dominate the market, which is a good sign that local durians are still the main choice for Malaysians, he added.

In terms of prices, Abdul Rashid said that while premium durian varieties such as Musang King are well known, their relatively higher prices – driven by demand both locally and abroad – should not deter consumers as there was a wide range of relatively more affordable quality durian in the market as well.

Asked whether there were any up-and-coming varieties that have the potential to become very popular, Abdul Rashid said that one particular new variety that is getting a lot of attention from durian lovers recently is the D214 variety, also called Tupai King, that grows mainly in Sungai Ara, Penang.

“There are a few more new varieties that may emerge, and sometimes people give them names like ‘Tupai King’ to better market the fruit.

“We already have Musang King, and now Tupai King, so we have to see which King will follow next.

“However, it is good to have more varieties – it would mean more choice for consumers,” he added.

In preparing this article, one of the writers above had to consume copious amounts of durian. Purely for research purposes, of course. 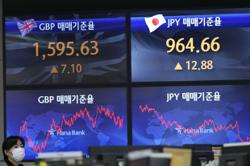 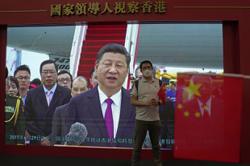