SHAH ALAM (Bernama): The Royal Malaysian Customs Department has foiled an attempt to smuggle zam zam water from Saudi Arabia into the country at West Port, Port Klang near here.

"The modus operandi in smuggling zam zam water is to declare it as juices and drinking water to avoid a higher tariff, " he said.

Investigations found that the seized zam zam water was brought in from Saudi Arabia without a valid import permit while tax and duty were not paid.

According to Zazuli, zam zam water is classified as a prohibited import item under the third schedule of Customs (Prohibition of Imports) Order 2017. 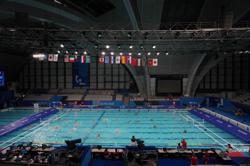