Hotel Istana closes down for good on Sept 1 Lights dim in the city: Hotel Istana will be ceasing operations.

Located in the heart of the city centre, the 23-storey five-star hotel, which opened its doors in 1992, would be the latest to join the list of hotels closing its doors due to the Covid-19 pandemic that had wrecked the economy.

In a statement to the hotel’s associates on Wednesday, its general manager Noorazzudin Omar said they decided to close the hotel after considering the present circumstances and all available options.

“The hotel had lost its competitive advantage over the years with the insurgence of new or neighbouring hotels and serviced apartments,” he said.

The situation has been aggravated by the pandemic, he said, which continued to impact the hotel industry and its ability to achieve normality.

“This has impacted our business, rates, returns and occupancy despite our best efforts. Even as a quarantine hotel, we are incurring monthly operational losses.

“After a proper evaluation of the hotel and its viability, we have decided to cease operations,” he said.Noorazzudin said they would offer their staff the Voluntary Separation Scheme, which would be announced in the next few days. 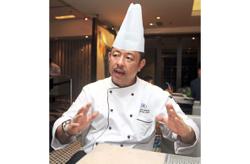