PUTRAJAYA: Drones and helicopters will be deployed during the Ops Patuh mass crackdown on non-compliance of Covid-19 standard operating procedure, says the Home Ministry.

Its minister Datuk Seri Hamzah Zainuddin said this was one way to ensure rule-breakers do not evade detection during its large-scale enforcement operations around the country, which starts today.

“We will begin the massive scale Ops Patuh that will be carried out across the country. It is an integrated crackdown involving multiple agencies and ministries such as the police, the Fire and Rescue Department, and the Immigration Department.

“This operation will involve a more drastic strategy, not just through stringent inspections and more thorough monitoring, but we are also using strategic assets such as helicopters, drones and roadblocks.

“On top of the normal existing ‘static’ roadblocks, there will also be mobile roadblocks that will be placed at random locations.

“You will see the Fire and Rescue Department flying their helicopters at the areas we have identified.

“As usual, during operations (such as this), you enter the front door but some people escape through the back door. 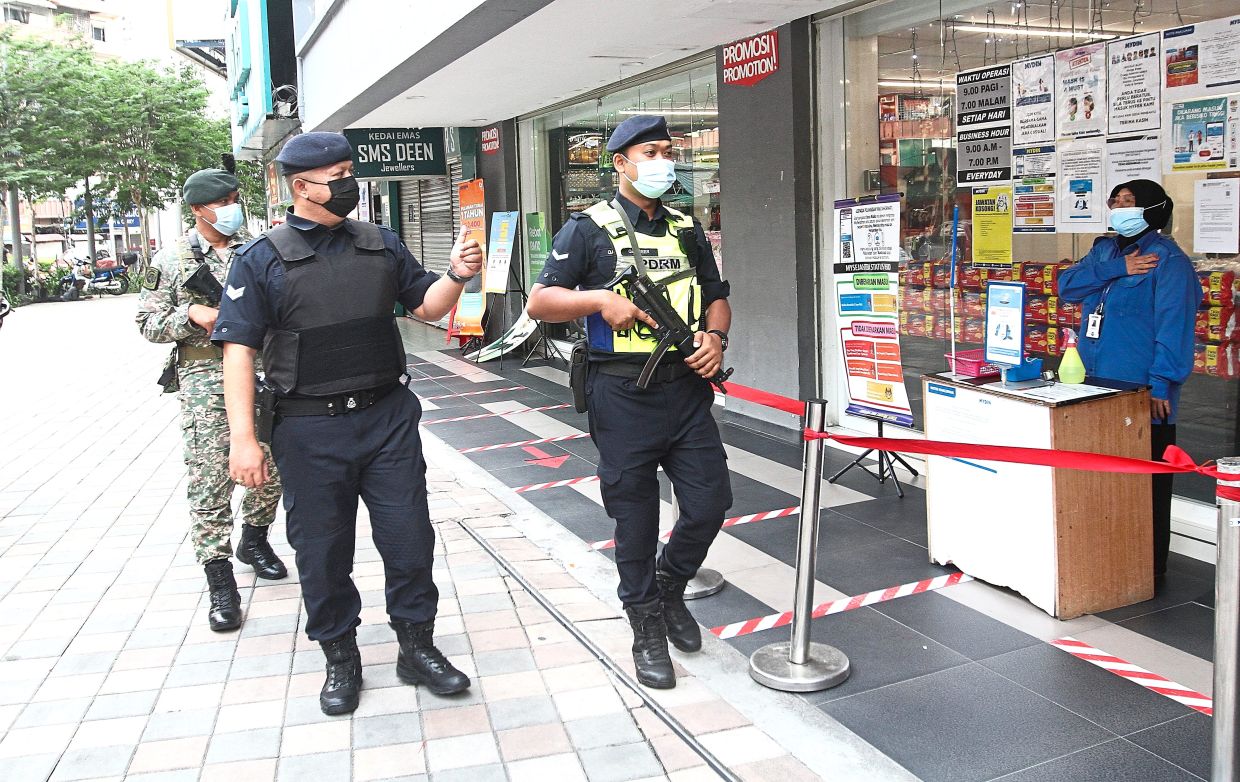 “So, this asset deployment will tighten our strategies,” Hamzah told a press conference after chairing a meeting on Ops Patuh.

On June 21, the National Security Council (NSC) special meeting decided that the Home Ministry will lead and coordinate all aspects of enforcement related to SOP compliance during Phase One of the National Recovery Plan (NRP).

Ops Patuh will focus on the enforcement of the SOP at factories and business premises that have been allowed to operate during the first phase of the NRP.

Hamzah said the crackdown will be headed by the respective district police chiefs, who will act as “ground commanders” and lead enforcement officers from other departments and agencies.

For checks at factories, Hamzah said operations will be conducted by the police while local councils will be in charge of raids at restaurants and eateries.

“At today’s meeting, we set several KPIs (key performance indicators) for all district police chiefs to ensure the operation runs smoothly and efficiently.

“Enforcement checks at the different types of premises have also been divided among different agencies, and this is so that there are no overlapping raids at premises,” he added.

Hamzah said since June 25, a total of 126,207 premises such as factories, workers’ hostels and business premises have been checked in joint raids by agencies.

“From these checks, 602 compounds have been issued to factories and premises owners for SOP violations. Some 60 premises have also been ordered to shut down,” he added. Shoppers are still cautious
MATTA: Include other destinations too
Businesses restart with safety in mind for staff, customers
Negri to move to Phase Four within a week, says MB
‘Changes to RUU 355 being drafted’
TH ready to manage pilgrims’ safety for next haj season
King, Queen on special visit
National mobile app in the works, says MCMC
Teacher pleads not guilty
28 evacuated after landslide at Kemensah Heights