PETALING JAYA: Although the Transport Ministry is still preparing a new tender to upgrade phase 2 of the Klang Valley Double Tracking project (KVDT 2), Keretapi Tanah Melayu Berhad (KTM) says the 265km track is safe and can be used for passenger and freight train operations.

According to KTM, weekly infrastructure maintenance for the routes involved in the KVDT 2 project is still carried out, as well as periodic inspections of the track and machinery to detect if repairs are needed.

"Even though this project is temporarily halted, KTM will not use it as an excuse not to take action, and will ensure the track is in good condition for the safety and comfort of passengers," said KTM chief technical officer Ahmad Nizam Mohamed Amin in a statement on Wednesday (June 23).

Ahmad Nizam also said track maintenance is a heavy and challenging task, as much of the work involves machinery and a limited amount of manpower.

As an example, he said conversion for a 50m-long stretch of rail – which weighs around 2.7 tonnes – has to be completed within four hours before train services resume operation at 5am every day.

"What differentiates the current situation and the completion of the KVDT 2 project is that maintenance work carried out by KTM on a small scale currently, focussing on certain locations that require attention and that is merely a short-term solution," he added.

"KTMB hopes that the KVDT 2 project will resume immediately to ensure the safety of train services as well as to reduce the travel time of passenger and cargo services," he said.

Ahmad Nizam also noted that passenger and cargo services have been severely affected since the start of the KVDT 1 and KVDT 2 projects, and train operations over several lines have been reduced to a single track, resulting in reduced train frequency and increased travel duration.

Among the works slated for KVDT 2 is to replace the 27-year-old track, to upgrade and maintain electrical and communication systems as well as improve railway stations involved

Previously, Transport Minister Datuk Seri Dr Wee Ka Siong said the Cabinet had agreed to reopen the tender for phase 2 of the Klang Valley Double Track (KDVT 2) project after it was revealed in Parliament that it had been granted via direct negotiation by the previous Pakatan Harapan government.

Dr Wee said the KDVT 2 project was previously scrutinised and was found to be overpriced, adding that the open tender would be in the interest of optimising the use of public funds for large-scale infrastructure projects. 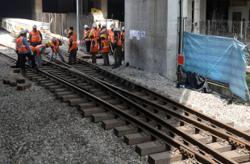 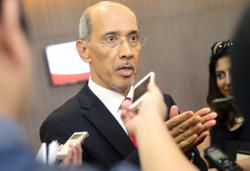