Polish connection: Polish Ambassador Krzysztof Dębnicki (fourth from right) along with embassy staff members gathering to witness the lighting up of KL Tower in Poland’s national colours to mark the long-standing ties between the two countries.

In commemorating the occasion, Foreign Minister Datuk Seri Hishammuddin Hussein and his Polish counterpart Zbigniew Rau exchanged congratulatory messages, which were posted by the Polish Embassy in Malaysia on its official Twitter account.

In his message, Hishammuddin noted that bilateral relations between the two countries have been steadily growing and today, both countries enjoy ever-broadening cooperation in trade and investment, cultural exchanges and tourism, among others.

He said the significant increase in Malaysian students pursuing tertiary studies in reputable Polish universities was also a testament to the robust collaboration fostered in the education sphere and people-to-people connections. Polish connection: Polish Ambassador Krzysztof Dębnicki (fourth from right) along with embassy staff members gathering to witness the lighting up of KL Tower in Poland’s national colours to mark the long-standing ties between the two countries.

“It is my fervent hope that we continue to strive in deepening ties so that our peoples would continue to benefit from progress and prosperity, ” he said.

Hishammuddin acknowledged that both Malaysia and Poland are working closely to promote common interests in various platforms, be it internationally or regionally, including at the United Nations, Asean and at the Asia-Europe Meeting (Asem).

“Greater multilateral cooperation is a must to address various multifaceted and multidimensional issues, especially in the fight against the horrendous Covid-19 pandemic, ” he said.

Meanwhile, Rau in his message recognised Malaysia as one of Poland’s most important and prospective partners in South-East Asia with both economies having witnessed dynamic development and a steady increase in mutual trade exchanges.

“I believe that these solid foundations will translate into the development of even stronger ties between our countries as well as enhanced cooperation in the economic, political, cultural and scientific spheres, ” he said.

On people-to-people exchanges, Rau is delighted that more Malaysian students see Polish universities as a place to pursue their educational needs.

“It is very telling that among the Malaysian frontliners fighting the Covid-19 pandemic, there were over a thousand who had received their medical education in Poland, ” he said, adding that he was deeply convinced both countries’ friendship would continue to develop successfully. — Bernama 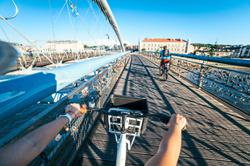 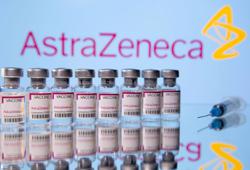