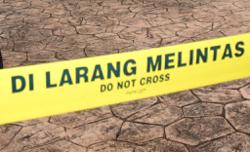 KEPALA BATAS: A man has been arrested after a high-speed car chase near a padi field at Penaga here.

The chase ended when police had the car boxed in at Kota Aur during the incident at 2.30pm on Tuesday (June 22).

"The policemen flagged the suspects to pull over but instead of complying, they sped off," he said in a statement on Wednesday (June 23).

ACP Noorzainy said the patrol then requested help from three other mobile patrol vehicles, ensuing in a 10-minute high-speed chase over about 1km before the suspects' vehicle was forced to a halt.

He said one suspect, aged 47, gave up when police approached the car, but the other managed to flee on foot.

He said upon inspection, police found two tubes containing drugs believed to be heroin and methamphetamine.

ACP Noorzainy said the arrested suspect has several criminal and drug records and tested positive for methamphetamine and morphine.

The incident was captured in a Saya Anak Penaga video clip that has been widely circulated on social media.

Police are on the hunt for the second suspect and the case is being investigated under Sections 12(2) and 15(1) of the Dangerous Drugs Act 1952. 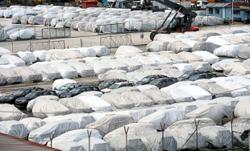