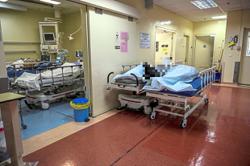 PETALING JAYA: It’s the other set of figures you want to see going down and in that, Malaysia is on the right track with vaccine hesitancy gradually declining as the country’s Covid-19 inoculation programme moves into high gear.

More people are stepping forward to get the jab even as a greater number of mobile vaccination units are being deployed in the community.

However, the momentum needs to be maintained for Malaysia to hit its herd immunity target, public health experts warned.

“Once accurate information reached them, especially when they heard that many old people also got vaccinated, they became more confident and came forward for the jab,” he added.

For comparison, Pahang and Terengganu had only 31.2% and 32% of their respective populations registered for jabs on May 1.

Alongside the encouraging increase in sign-up rates, Malaysia hit a new high with 221,706 doses administered on Thursday, making it the third consecutive day the country vaccinated more than 200,000 people.

Dr Jamalludin said another reason for waning vaccine hesitancy in Malaysia were the efforts by authorities to go down to the ground to encourage people to get their jabs.

“When the media highlighted these stories, people could see how determined the government was in this initiative and they could see how important their contribution was in curbing this pandemic,” he said.

The mobile vaccination units, he added, that had gone into the community also made the registration process a lot easier for many.

“Allowing people to ‘walk-in’ to the mobile vaccination units has improved the vaccination rollout among the elderly and those with comorbidities,” he said.

Even so, he added, there needed to be continued efforts to disseminate accurate and correct information about how crucial vaccination is in combating the Covid-19 pandemic.

“In Sarawak, as an example, there were initially many uncertainties regarding acceptance of vaccines among those in the rural areas before the vaccination programme began.

“But based on the latest information I have received, there has not been much vaccine refusal among those residing in longhouses,” she added.

Dr Malina said the better response to Covid-19 vaccination was likely due to greater availability and accessibility to vaccination centres.

“There are mobile vaccination units that provide services at targeted areas, and more people are sharing their good experiences on social media.

“There have also been good examples from local leaders who showed their commitment to getting vaccines, which have helped particularly in rural areas,” she added.

“The vaccine hesitancy is less than before. In the past, many of my patients were not willing but now they are calling me up to get their vaccines.

“Moreover, senior citizens are mostly influenced by their family. If their family members are well-informed, they will persuade their elderly parents to get the jab.

“Most of the elderly will listen to their children, so it’s not common to see elderly folk who are unwilling to get the jabs,” he added.

Dr Wong cited a 2021 study by Universiti Malaysia Sarawak academics that found there was generally a high acceptance rate of Covid-19 vaccines among Malaysians.

However, the study also noted that those who were hesitant may have concerns regarding side effects and safety, or had a lack of information and were influenced by religious and cultural factors.

Dr Wong also noted that there are still some Malaysians holding off on getting their shots, even among doctors.

“There is still a lot of fake information on the Internet,” he lamented.

Some Malaysians, he added, are not hesitant about being vaccinated but selective about the brand or type of vaccines they will be getting. 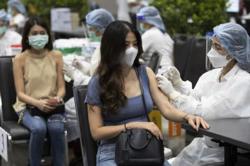