SHAH ALAM: Police here have refuted claims that the Carlsberg brewery is operating during the ongoing lockdown.

This comes following a Facebook post that alleged that the brewery at Seksyen 15, Shah Alam was still operating based on smoke that came out of the brewery.

"The task force met with the senior manager, who stated clearly that the brewery has not been in operation since June 1. The task force also inspected the compliance of the location and the factory operator has complied with Covid-19 standard operating procedure (SOP).

"The senior manager also explained that the smoke coming out of the brewery was a result of heating yeast to ensure it does not spoil throughout the closure of the brewery.

"Venting the smoke is needed to prevent an explosion," he said when contacted on Saturday (June 19).

Such processes are considered as putting factory equipment on standby as permitted by the International Trade and Industry Ministry (Miti), he added.

"The management of the brewery has cooperated fully and heeded instructions by authorities to work together in curbing the spread of Covid-19," he said.

On June 1, Senior Minister Datuk Seri Ismail Sabri Yaakob said that alcoholic beverage factories are not allowed to operate during the nationwide lockdown, which has been extended until June 28. 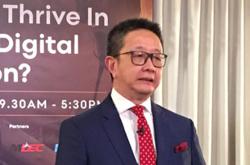