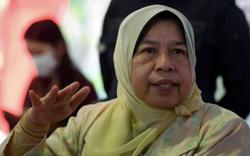 KUALA LUMPUR (Bernama): The Housing and Local Government Ministry has set up a call centre to contact individuals who fail to show up for their vaccination appointments.

Its minister Datuk Zuraida Kamaruddin said the initiative, in collaboration with Penggerak Kommunii Negara and the National Unity Ministry, began on Tuesday (June 8) at the vaccination centre (PPV) in Kampung Ampang Indah Community Hall, Ampang, where seven telephone operators have been trained for the purpose.

The pilot project involved 177 individuals, in three categories namely individuals who have received appointment dates in the MySejahtera app but did not provide feedback, those absent for their second dose, and individuals who failed to show up for their first vaccination.

"All the individuals have been contacted. I received a report saying that 97 per cent of them who received the calls responded that they would come (for the vaccination).

"This shows that the call centre operates very well to ensure the smooth running of the PPV as well as reduce the burden of frontliners at the PPV, ” she told reporters after inspecting the centre here on Saturday (June 12).

Zuraida, who is also the Ampang MP, said the ministry also provides two-way transport for individuals who have problems travelling to the vaccination centres.

She said the call centre, which serves the Ampang PPV, also provides outreach teams in cooperation with residents’ associations, Commissioner of Buildings. Joint Management Body and Rukun Tetangga to take the vaccination campaign to the grassroots.

Zuraida said to complete the system, a mobile clinic was also provided to assist the team to visit the target groups such as senior citizens, persons with disabilities and the homeless to administer vaccinations.

"In the future, we will ask the Health Ministry to allow us to go to the high-density areas such as the People’s Public Housing (PPR) or villages because they may be too far away from the PPV, ” she said.

Zuraida said the ecosystem model would be expanded to other states such as Johor, Penang, Kuala Lumpur and Pahang to increase the national vaccination rate.- Bernama 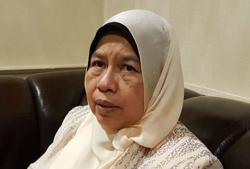 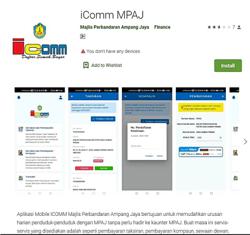