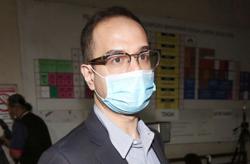 KUALA LUMPUR: Hollywood producer Riza Aziz Abdul Aziz has been sued by the 1Malaysia Development Bhd (1MDB) and its three subsidiaries for allegedly misappropriating US$250mil (RM1.03bil) which was said to have been used for real estate purchases and financing movie productions.

According to a court document, Riza Aziz, who is also the stepson of former prime minister Datuk Seri Najib Razak, was named as the first defendant while a film company he co-founded, Red Granite Pictures Inc., was the second defendant.

The other three 1MDB subsidiaries which are the plaintiffs are 1MDB Energy Holdings Ltd, 1MDB Energy Ltd and 1MDB Energy (Langat) Ltd.

The matter was brought up for case management before the Kuala Lumpur High Court yesterday.

According to the writ of summons, 1MDB claimed that Riza Aziz had received approximately US$250mil in funds that were misappropriated from the sovereign wealth fund by its officers and their associates in 2011 and 2012.

It said that Riza Aziz, who controlled Red Granite Pictures and Red Granite Capital, “knew or ought to have known that those funds had been misappropriated”.

It claimed that Riza Aziz and the two companies allegedly used the funds for their personal benefit and for the benefit of their associates, including for the purposes of financing movie productions and purchasing various real estate.

It also claimed that the fourth defendant Shearman & Sterling had allegedly permitted Riza Aziz and his associate, fugitive financier Low Taek Jho (better known as Jho Low), to use the law firm’s interest on lawyer accounts to launder substantial portion of the misappropriated funds.

The lawsuit is among 22 legal papers filed by 1MDB and its subsidiary SRC International Sdn Bhd against individuals, including 1MDB’s former board of directors who allegedly defrauded the companies.

It was reported that the Finance Ministry confirmed that 1MDB and SRC filed a total of 22 civil suits to recover assets worth over RM96.6bil, including about RM300mil against various local parties.

The ministry had said the writs, filed on May 7, comprised six by 1MDB and 16 by SRC.

The writs filed by 1MDB are against nine entities, including two foreign financial institutions, and 25 individuals, while those filed by SRC are against eight entities and 15 individuals for various wrongdoings.

Red Granite Pictures is the studio behind the 2013 movie The Wolf of Wall Street, directed by Martin Scorsese and starring Leonardo DiCaprio, Jonah Hill, Margot Robbie and others. 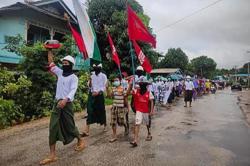