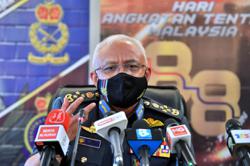 PETALING JAYA: It was a proud moment for Muhammad Salihin Mohd Sabri who is among a handful of Malaysians to graduate from the US Air Force Academy in Colorado Springs.

“Class of 2021, dismissed!” Muhammad Salihin posted on his Instagram yesterday with a photograph of him cheering while holding a Malaysian flag during his graduation ceremony.

“Man, it is still hard to believe it sometimes. But a new journey awaits. Royal Malaysian Air Force, I’m looking forward to serve!” he added.

The 23-year-old student from the National Defence University of Malaysia became the fourth Malaysian to graduate from the US Air Force Academy.

He gave special thanks to his family and friends who had helped him on his journey, including paying tribute to his late mother.

“‘How I wish you could be there in person with me,” he said.

“I love you all so much. Mum, I hope you are doing well up in heaven and I hope I made you proud.”

Muhammad Salihin was among three other Malaysians who were given the honour to study at prestigious US military colleges after beating thousands of applicants worldwide in 2017. 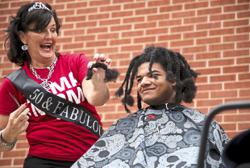