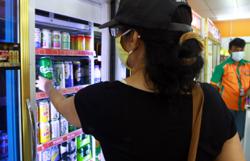 PETALING JAYA: Liquor is allowed to be sold on premises such as convenience stores with licences to sell liquor and are allowed to operate during the lockdown, says Datuk Rosol Wahid.

The Deputy Domestic Trade and Consumer Affairs Minister said the ban by the National Security Council is only on the manufacturing of liquor and those premises that exclusively sell liquor.

"The NSC has decided that the sale of liquor at outlets that have the licence to sell liquor is allowed.

"The NSC standard operating procedures (SOPs) do not allow for factories manufacturing liquor and premises which sell only liquor to operate during the current movement control order which began on June 1.

"This SOP by NSC also indirectly includes a ban on operations of the premises that exclusively sell liquor such as liquor stores and pubs.

"However, supermarkets, mini marts and convenience stores which have the licence to sell liquor are allowed to sell them to non-Muslim customers.

"This is because these supermarkets, mini marts and convenience stores are allowed to operate during MCO 3.0 as they also sell various other basic-need items which are categorised as essentials," Rosol said in a statement Friday (June 4).

He also clarified that his earlier statement that cigarettes are allowed to be sold in all these stores, although they are not considered essential goods, was because cigarettes are usually found at all stores, even sundry shops.

"I would like to stress that only essential services are allowed to operate as per the SOP decided by the NSC," said Rosol.

Earlier Friday, there was confusion as to whether there was a sales ban on liquor at all premises as pictures of closed-off alcohol sections in shops went viral on social media.

This was further fuelled by a police raid on a store in Brickfields, with police saying it violated the operating permit as it was only selling liquor and not food and beverages as stated.

Federal Territories Minister Tan Sri Annuar Musa, when contacted, also said that there was no ban on the sale of liquor in the Federal Territories, especially Kuala Lumpur, during the lockdown, but there is a ban on serving liquor.

“There is no such ban by Kuala Lumpur City Hall (DBKL) unless those premises selling them were not licensed for such activities in the first place.

“Restaurants can be opened but as no dine-in is allowed, there should not be any serving of liquor. Pubs and karaokes are closed, so the question of serving liquor does not arise.

“As for supermarkets, they are allowed to open and therefore can sell liquor if they have the license to sell it. It is very clear, ” said Annuar, when contacted.

Kuala Lumpur City Hall (DBK) had also issued a statement saying that there is no sales ban on liquor at premises such as supermarkets and convenience stores under its authority.

Housing and Local Government Minister Datuk Zuraida Kamaruddin said that her ministry was only in charge of giving premises licences to outlets that sell liquor.

In normal times, she said licences to sell liquor on those premises are issued by the district offices.

“These district offices come under the authority of the state governments. We only give licences for the premises, ” said Zuraida, when contacted.