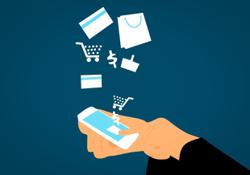 PUTRAJAYA: The eBelia programme, where e-wallet credit is given to youths has been increased from RM100 to RM150.

The programme, launched by Prime Minister Tan Sri Muhyiddin Yassin, will benefit some two million Malaysian citizens aged between 18 and 20, and full-time students.

“We believe this programme will spur businesses, especially micro enterprises and small-medium enterprises to start accepting cashless payments for purchases of their goods, ” he said at the virtual launch of the programme on Tuesday (June 1).

The Prime Minister said the government has also adopted digitalisation of its services, including going cashless for payments so that the public need not have to queue at counters.

About 60% of the government’s collection last year was done via e-payment.

Muhyiddin hoped that through the e-wallet credit programme for youth, they would support local entrepreneurs in return.

“Please take this opportunity to support our local entrepreneurs, who are mainly youths as well.

“As digital natives, youths should explore the method of cashless payments and encourage businesses to adopt the method, ” he said.

The Prime Minister pointed out that according to a Bank Negara report, e-wallet translation for 2020 went up by 113% to 600 million transactions, with the number of traders registering to accept payment via QR Code doubled at the end of last year.

He also pointed out to youths that the government has various fund allocations, including funds that focus on encouraging businesses to adopt digital elements in their business operations.

Under Budget 2021, a total of RM200mil was allocated to provide RM100 e-wallet credit to every eligible youth in the country.

The government enhanced this initiative with an additional allocation of RM100mil under the Pemerkasa programme announced in March, which brings the total allocation for the e-Belia programme to RM300mil.