KUCHING: The Covid-19 immunisation programme in Sarawak will be accelerated to ensure that the state is fully vaccinated by August, before the next state election is called.

Coordinating minister for the National Covid-19 Immunisation Programme Khairy Jamaluddin said this was necessary as Sarawak was required by law to hold its state polls within 60 days should the Emergency end on Aug 1.

“With that in mind, there needs to be some form of accelerated vaccination for Sarawak.

“I don’t know if you remember what happened during the Sabah election. If Sarawak is not fully vaccinated by the time of the election, then not only Sarawak but the entire country is at risk of another wave and we cannot afford that, ” he said, referring to the Sabah polls last year which led to a spike in Covid-19 cases.

To achieve Sarawak’s target, Khairy gave assurance that vaccines would be fully supplied by the Federal Government to inoculate the targeted 2.2 million people in the state by August.

He said large-scale deliveries would start next month, with an estimated 380,000 doses in the first week of June and subsequent weekly deliveries until 4.4 million doses were supplied by the end of August.

Deputy Chief Minister Datuk Amar Douglas Uggah confirmed that the state would take its vaccine supply from the Federal Government instead of procuring its own vaccines.

The state government had earlier announced its intention to purchase an initial 500,000 doses of the Sinovac vaccine to complement the Federal Government’s supply.

“We are pleased that the minister has indicated to us the promise to deliver all that is required by Sarawak, ” he said.

“We will increase this to 39 private clinics and seven private hospitals. If needed, we can add more private clinics, ” said Khairy during a press conference as part of a working visit here yesterday.

He added that mobile outreach teams would be deployed to longhouses and villages in rural areas so that they would not be left out from vaccination.

With these plans in place, Khairy said Sarawak was set to become the first state to complete the national immunisation programme.

However, he said the accelerated pace in Sarawak did not take away from the Federal Government’s commitment to deliver vaccines and accelerate the immunisation programme in other states, especially red-zone states like Selangor, Penang and Johor.

“I’ll be visiting every single state again in the next few weeks to give the government’s commitment that we will accelerate vaccination in all states, ” he said. 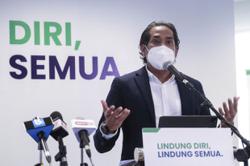 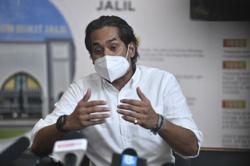