Vax rollout to be revved up 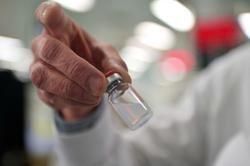 PETALING JAYA: There will be a faster delivery of Covid-19 vaccines to Malaysia soon, with 150,000 shots a day to be administered beginning next month, pledged Khairy Jamaluddin (pic).

In light of the criticisms over the problems encountered with the opt-in AstraZeneca vaccine registration that concluded on Wednesday, he said that the issues will be taken seriously and investigated.

He said he accepted all the criticism and insults hurled at him, as he understood that people wanted their vaccines as soon as possible.

He acknowledged that the user experience for registration could have been better.

“The system could have been much better executed, ” he said in a virtual press conference yesterday.

He said that the RM70mil figure bandied about was not only for the website, but included other components of the vaccinisation system.

Due to good response to the AstraZeneca vaccine, it would no longer be given as an “opt-in” but will be included in the national immunisation programme, he said.

“This opt-in online programme was decided on because there was hesitancy towards AstraZeneca due to the blood clot issue, ” he said.

Khairy also said they were looking at allowing the public to choose the vaccine of their choice, with the MySejahtera application to undergo an upgrade for this.

Health Minister Datuk Seri Adham Baba had on May 21 signed another agreement with Pfizer for an extra 12.8 million doses of the Pfizer-BioNTech vaccine, making it a total of 44.8million doses – enough for 70% of population, he said.

Khairy also said that by the end of July all 12 million Sinovac doses will be delivered to the country.

For AstraZeneca, he said 610,000 doses are estimated to be received in June and 410,000 doses in July subject to the National Pharmaceutical Regulatory Agency’s (NPRA) approval for the AstraZeneca production plant in Thailand.

“With all these deliveries I target we can administer 150,000 doses a day in June, and this will involve the opening of more vaccination centres throughout the country, ” he said, pledging that the vaccination plan will move at a faster pace.

As for those waiting for appointments for the Astra Zeneca vaccination, he said they were pushing 1.4 million appointments since the registration closed.

“It will take some time. Please be patient. If you managed to successfully register, you will get your appointment, ” he said.

As for vaccine wastage because of no shows, Khairy said that there was hardly any wastage, as those on the reserve list took the place of whose who did not turn up.

He also addressed the Covid-19 vaccine delivery delays in Sarawak, noting that it was due to delays in the log release inspection by NPRA.

“I was unhappy about that also but we will ensure that all planned deliveries will take into account the time necessary for the log release inspection by NPRA, ” he said.

He also said that vaccination appointment dates for the media will begin on the first week of June.

Note: The word “denied” was inadvertently omitted from the prior version of this story. We apologise for the earlier omission.

Company gives RM150 incentive for employees to get vaccinated