Anju slammed for trip to beauty clinic for ‘work’ 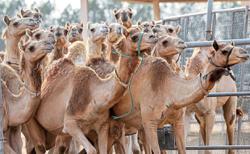 ACTRESS Zarina Anjoulie was berated by the public for making an unnecessary trip to a beauty clinic while the country is under the movement control order, reported Kosmo!The actress uploaded a video of her undergoing a beauty treatment for liposuction at a clinic in Kuala Lumpur on Instagram which was criticised by users.

Zarina, who is commonly known as Anju, defended herself by stating that the beauty treatment was due to work demands.

The celebrity, who resides in Nilai, claimed that she does not travel back to her home daily as she has work arrangements in Kuala Lumpur.

“I’ve been granted permission from the Nilai police station. I work instead of looking for carpets!” she wrote on Instagram.

She maintained that her visit to the beauty clinic was a “business trip”.

“I make money by doing reviews. Do you remember where all the donations I’ve made came from? From product reviews!” she said.

The producer at a well-known film production company Radius One took to his Instragam to announce the decision on Wednesday.

“Priority will be given at Radius One to take in those who have been vaccinated, even if only one dose, ” he wrote, adding that the move would last until the end of the year.

Shahrulezad said the condition applies to all who want to be involved with any Radius One project, whether as an artiste, crew, actor or intern.

Admitting that he was constantly worried about health safety on shoots during the pandemic, the decision was made to ensure the production would not be disrupted.

“I can’t afford to have production being forced to shut down as the crew need to be paid, ” he said, adding that creating a herd immunity among his production team was very important.

Earlier, Shahrulezad had imposed a lockdown among the production crew to ensure their safety and encouraged the public to register for the vaccination programme. 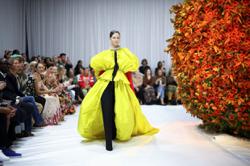