Compiled by XIAO TONG, CHOW HOW BAN and R. ARAVINTHAN

A MAN in Inner Mongolia, China, has exposed his wife as a cheat after seeing a video of her marrying another guy, reported Kwong Wah Yit Poh.

The 35-year-old man from the Bayannur prefecture had earlier sought the help of a matchmaker in Gansu province to find a wife.

The matchmaker and the woman demanded a dowry of 148,000 yuan (RM95,800) before the couple held their wedding reception after a month of courtship.

However, they did not obtain a marriage certificate as there were supposedly issues with the woman’s household registration.

The woman also gave the excuse that she needed to return to her hometown because she missed her family.

In March, the man came across his wife’s wedding video on an app and went to the place where the marriage took place to find out the truth.

He was shocked to learn that his wife was indeed the same woman the other man had married in the wedding video.

> China Press reported that Cantopop king Aaron Kwok has amassed a collection of close to 30,000 artworks after developing an interest in art about eight years ago.

The 55-year-old likes to take his wife Moka Fang to art galleries during his free time.

Kwok, who once spent some RM520,000 on seven paintings in two hours in support of artists, said he has 10 artworks by the late Chinese-French artist Zao Wou-Ki.

“I love his artwork the most as he incorporated Western elements into Chinese ink painting, ” said the actor-cum-singer.

Kwok, who is also an avid car racing fan, said during the Covid-19 pandemic, he also developed an interest in Chinese calligraphy due to movement restrictions. 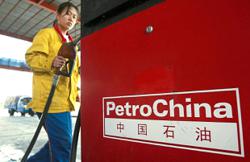