Back to work Motorists waiting to pass a police roadblock at the Kota Darul Ehsan arch on both sides of the Federal Highway as business operations resume after the long Hari Raya weekend. — Bernama

KUALA LUMPUR: Of late, cases of celebrities violating Covid-19 standard operating procedure have become quite rampant and the public is seeking appropriate punishment for the offenders.

But is a fine alone enough to serve as a lesson to the offenders and to deter others from doing the same?

Lawyer Adi Zulkarnain Zulkafli opined that if a lenient sentence was imposed, it would have a negative impact or perception on the legal system.

“It is apt that appropriate punishment which commensurates with the offence is imposed to provide confidence to the public that no special treatment is given to celebrities, ” he told Bernama.

“The Instafamous and celebrities in this country can be considered as public figures. Their behaviour as well as their personality influence their followers or fans.

“Therefore, a heavier punishment should be imposed on them to convey the message that there is no ‘double standard’.

“By meting out a harsher punishment, it will make the public think twice about violating the SOP, ”he added.

Adi Zulkarnain also said a punishment was intended to serve as a lesson to offenders so that they would not repeat their mistake.

On April 20, Iram Naz Hafiz Sabir Muhammed and her husband Azharique Shah Abdul Jalil were sentenced to a day in jail and RM2,500 fine each by the Magistrate’s Court for giving false information to the police for interstate travel.

Celebrity Neelofa, whose full name is Noor Neelofa Mohd Noor, was fined RM20,000 for violating the SOP during her marriage solemnisation ceremony and also for interstate travel while her husband, Muhammad Haris Mohd Ismail, was compounded RM10,000 for also violating interstate travel.

On May 4, a celebrity was fined RM1,500 for not wearing a face mask in a Raya video which was uploaded on social media.

Another lawyer, Siti Nor Syahidah Ismail, also shared Adi Zulkarnain’s views, saying that harsher punishment should be imposed on celebrities because their action could influence their followers or fans to do the same.

“Sometimes, the public looks upon the Instafamous as VVIPs, people who can escape punishment despite their actions.

“Remember, nobody is above the law, ” she added. — Bernama 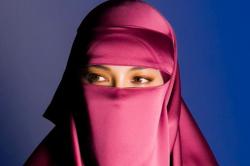