JOHOR BARU: Ramadan and Aidilfitri bazaars will be allowed to continue operating within the three districts in the state currently under the movement control order.

State housing and local government committee chairman Ayub Jamil said however that there would be changes in the operating hours for the two bazaars.

“For Johor Baru, Kulai and Kota Tinggi, which are under a MCO, the allowed operating hours for Ramadan bazaars are from 3pm until 8pm with much stricter standard operating procedures (SOPs) in place," said Ayub.

He added that Aidilfitri bazaars in the three districts can open from 10am to 10pm with stricter SOP in place.

He also said any changes, amendments or decisions from the state government about the matter would be announced from time to time.

On Wednesday (May 5), the authorities placed all of Kuala Lumpur and several localities in Johor, Perak, and Terengganu under MCO for 14 days from May 7 until May 20.

This comes after six districts in Selangor were placed under MCO from May 6 to May 17.

In Johor, the MCO will be enforced in Johor Baru, Kulai and Kota Tinggi, which were declared red zones with more than 150 cases reported. 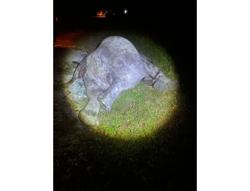