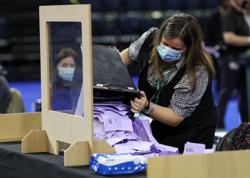 SEREMBAN: The Negri Sembilan MCA wants to contest the Seremban parliamentary seat in the next general election but will leave the final decision to the Barisan Nasional leadership, says state chief Siow Koi Voon.

He said the party had put in much work in the constituency since the 14th General Election in 2018 and was confident of securing enough votes, especially from the Chinese community, to wrest the seat from Pakatan Harapan.

This comes after Seremban Umno Youth expressed its desire to contest the seat traditionally contested by the MCA.

Umno Youth said it was time to give it a chance as the MCA has failed to recapture the seat since first losing it in 2008.

Siow said anyone was entitled to voice his opinion but the Barisan leadership would have the final say.

“After the last polls, we came up with a detailed strategic plan on things that needed to be done to recapture the seat. And based on feedback, the response from the grassroots has been good, ” he said.

On Sunday, Seremban Umno Youth chief Zool Amali Hussin said the party was confident of doing well as Malays made up 53% of voters in the constituency.

Siow said Barisan had its own mechanism to decide which component party should contest a particular seat.

“Barisan’s tradition is not to take away a seat from an ally. If it’s a matter of exchange, that I think can be discussed, ” he said, adding that the MCA had a close working relationship with all its Barisan allies in the state. 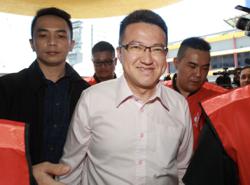