KUALA LUMPUR: The RM50,000 compound imposed on two sellers in Kota Baru for operating beyond 10pm is not a “death penalty”, says Inspector-General of Police Tan Sri Abdul Hamid Bador.

He said individuals who were compounded for flouting the standard operating procedure of the Covid-19 movement control order could directly appeal to the Health Ministry for a reduction.

“It is not a ‘death penalty’ (based on the prescribed amount, they still can appeal), I have repeatedly stated that they can appeal, ” he told a press conference at Bukit Aman after handing over appreciation letters to reject corruption yesterday.

Abdul Hamid said in the two cases, the sellers alleged that they were compounded by the police even after they had closed their stalls.

“But we will find out what really happened. I want to listen to both sides, I believe my men did the job sincerely but those who were affected felt it was unfair, ” he said.

On another matter, Abdul Hamid said the police would review investigations into the case of Zaidi Kanapiah or Addy Kana and two policemen following their release from detention under the Prevention of Crime Act 1959 (Poca) for alleged involvement with an online gambling syndicate.

He said Deputy Inspector-General of Police Datuk Seri Acryl Sani Abdullah Sani would be pursuing this matter and would call up the officers involved (in investigating the case) for discussion to see if there had been weaknesses in the investigations.

“This is to prevent a recurrence (release of suspects under Poca), and I do not want police to be viewed as overzealous in using Poca without a strong case which might victimise someone, ” he said.

On Tuesday, a Federal Court bench chaired by Chief Justice Tun Tengku Maimun Tuan Mat ordered the three men to be freed after allowing their appeal on a habeas corpus application for immediate release from detention.

“If there is enough evidence we will proceed to court for prosecution, and police will not be lackadaisical in our work; it (Addy Kana’s case) will be reviewed, ” he added.

Abdul Hamid also said Hari Raya leave for all police officers and personnel nationwide had been frozen to ensure a smooth celebration.

“We will monitor movement similar to the one implemented during last year’s MCO period even though no directive on MCO had been issued.

“Similar to last year, a total of 46,000 police personnel have been assigned and another 12,000 are on standby. The police will also tighten roadblocks at toll plazas during Aidilfitri to prevent interstate travel, ” he said.

Abdul Hamid said with the daily number of Covid-19 cases remaining high, it was not impossible to double if the public were careless.

“Policemen who are on standby during Aidilfitri will be mobilised, together with others on duty, to keep things under control during the festive season.

“If the situation becomes critical, 12,000 police officers and personnel who are on standby will be deployed, in addition to the Malaysian Armed Forces, Rela and the Civil Defence Force, if the situation requires it, ” he said.

At the ceremony, 25 police officers and lower-rank personnel received letters of appreciation for reporting on corrupt practices. — Bernama 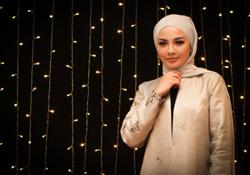