BUTTERWORTH: A stall at the Seberang Jaya Ramadan bazaar here is drawing in the crowd hoping to get a bite of its unusual specialities – rabbit and venison murtabak.

Rabiah Mohd Ibrahim, the 23-year-old owner of Along Canai Corner, said eversince she and her husband Jeefri Johari, 36, started selling the rabbit meat murtabak on the first day of Ramadan, people have been making long queues at their stall.

“It has been non-stop for us and the murtabak is practically sold out in the first 30 minutes after we open the stall every day, ” she said.

Rabiah explained that the idea to make and sell rabbit meat murtabak at the Ramadan bazaar came up after they tried selling the murtabak at their stall in the Seberang Jaya public market.

“We tasted the murtabak and the meat was juicy, sweet, tender and rich in taste, so we thought why not give it a try and sell it at the bazaar, ” she said, adding that so far customers have given good feedback.

Using a family recipe, the couple has been selling about 1,000 pieces of murtabak each day since the start of the Ramadan month.

The rabbit, venison and mutton murtabak are sold at RM7 each while the chicken and beef murtabak cost RM4 each.

The couple are assisted by 10 helpers at their Ramadan bazaar stall, which operates from 3pm to 7.30pm every day during the holy month.

Factory worker Maziah Nasry, 30, said she came all the way from Penanti after hearing about the rabbit meat murtabak.

“My friend told me that this stall sells delicious rabbit meat murtabak. Since today is my day off, I decided to come over and buy some. I just can’t wait to try it later when I break my fast, ” she said.

Maziah, who works at a factory in Prai, said the murtabak was reasonably priced and rich in flavour. 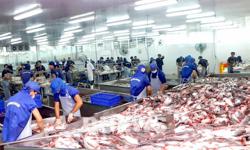 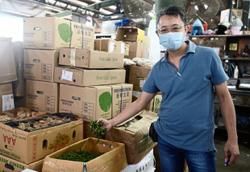