Legislation to address global warming in Malaysia in the works PUTRAJAYA: After a pause, a specific legislation to address climate change in Malaysia is back on the table.

“The ministry is currently in the early stage of developing the climate change legal framework.

“We hope that this Act will come into force in three to four years and it will support the implementation of the Malaysian climate change commitments under the United Nations Framework Convention on Climate Change (UNFCCC),” he said in an interview here yesterday.

Proposal for the Bill started during the Pakatan Harapan administration in 2018 and was supposed to be modelled after a similar Bill in Britain but the efforts stalled due to arguments that any provision should instead be incorporated into existing legislation such as the Environmental Quality Act.

Zaini said this, however, would have been “too messy”.

In the meantime, he said the ministry would explore the opportunity to develop relevant policy and guidance to support the implementation of climate change efforts by various stakeholders.

Zaini’s interview is in conjunction with Earth Day today. It is on the eve of a Climate Change Summit being hosted by the United States, which rejoined the Paris Agreement early this year.

Various countries, including China, have agreed to attend the virtual summit.

Malaysia was not invited to the summit because it is not regarded as either one of the largest greenhouse gas emitters or vulnerable countries.

Zaini said the ministry was also developing a tool to track the efforts by the key ministries and agencies to reduce carbon emissions.

“To meet our commitment under the UNFCCC, the emission reduction efforts for Malaysia will be implemented by the key ministries and agencies under their respective policies such as energy, transport, industrial process, agriculture, waste and forestry.

“The emission reduction efforts will be tracked by the ministry starting from this year until 2030.

“For this, the ministry is developing a tracking tool under the long-term modelling for each sector,” he said.

For some sectors such as energy, Zaini said the tracking was expected to be in real time.

He was responding to a question on whether Malaysia had achieved its pledge to reduce its carbon emissions intensity by 40% in 2020 in comparison with 2005 levels.

Zaini said the emission intensity target was calculated by dividing emissions from key economic sectors with the Gross Domestic Product.

Malaysia, added Zaini, was also in the midst of updating its Nationally Determined Contributions as well as preparing a Long-Term Low Emissions Strategy under the 12th Malaysia Plan period. 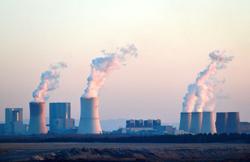