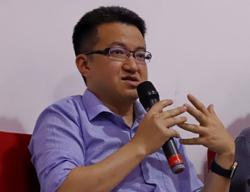 In his book Lim Kit Siang - Patriot, Leader, Fighter, he claimed that Dr Mahathir disagreed with the toll abolishment agenda stated in the manifesto, and said that this was one of the issues that tore the Pakatan government apart.

He wrote in his book that he was with Kit Siang when then-finance minister Lim Guan Eng told them what Dr Mahathir was planning.

"Dr Mahathir wanted to remove Yeo as the energy, science, technology and climate change minister over her defiance on Lynas and other environmental issues," wrote Liew.

"As DAP had campaigned against the project since 2012, there was a hardcore base that had expected the swift closure of the plant. Emotions were being fanned to showcase the ineffectiveness of DAP," wrote Liew.

He added that during a Cabinet meeting on Aug 21,2019, Dr Mahathir said that he wanted to make a minor change to Cabinet portfolios

"The news leaked and we were anxious," wrote Liew in the book.

Meanwhile, Kit Siang confirmed in a statement on Wednesday (April 21) that this took place and added that Dr Mahathir was not keen on upholding the election promises made.

"Yes, it is true that in 2019, Dr Mahathir wanted to sack Yeo over the Lynas issue although this eventually did not take place," he said.

"I was never involved in this but I learnt about it," added Kit Siang.