In the decision on Monday (April 19), the panel said that the appellate court had erred when it ruled that the mentri besar, in his capacity as the chairman of MBI, must have the approval of the board of directors to make the VSS payments.

It added that it agreed with the appellants that Khalid was the sole legal entity under MBI.

"Khalid was legally empowered to make the VSS payments without the approval of MBI's board of directors. He is then not fettered and subject to the board's approval," said Justice Rohana, who is the Court of Appeal president

The apex court then ordered for the order of the Court of Appeal to be set aside and for the order by the High Court to be reinstated as well as RM50,000 in costs.

In May 2015, MBI had filed the suit against eight former employees to reclaim the RM2.7mil paid to them via a VSS in 2014.

In 2017, the Shah Alam High Court ruled that the compensation paid out to the eight of them was valid.

However, the Court of Appeal reversed the decision, ruling that the decision by the mentri besar in his capacity as the chairman of MBI must be with the approval of the board of directors.

The staff members appealed to the Federal Court and posed four legal questions. 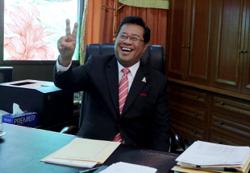 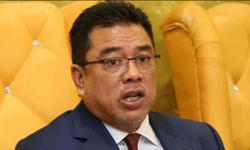