By JO TIMBUONG And CLARISSA CHUNG 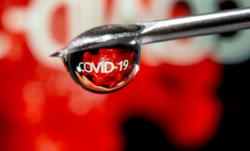 PETALING JAYA: Phase two of the National Covid-19 Immunisation Programme will kick off tomorrow, with vaccines expected to be administered to 9.4 million people comprising the elderly, the chronically ill and people with disabilities.

These groups will be prioritised to receive either the Pfizer or Sinovac vaccines under this phase, which is expected to be completed in August. Senator Datuk Ras Adiba Radzi, who represents the OKU community, said its members were grateful to be included in the second phase of the vaccination programme.

She acknowledged that there were some concerns raised about side effects.

“There are those who are worried about whether they would be okay with the vaccine, given their different disabilities, but all the same, they are grateful to be given priority, ” said Ras Adiba, the president of OKU Sentral, an NGO championing the rights of persons with disabilities.

Despite the news about possible side effects, she said the pros outweighed the cons.

“We are fighting a war with an invisible enemy so we need to take every measure, including getting vaccinated and following standard operating procedure even after we have been inoculated.

“We, especially the OKU community, cannot afford to let our guard down, ” she said.

She added that some OKU communities needed help with registering for the vaccine, so she sent out a message to other groups to help these people.

However, she is concerned that there might be many more of those who were left out, as not all of them were registered with the Welfare Department.

“If the OKU community makes up 15% of the population, that means there are about 4.7 million of them out there but only close to 600,000 are registered with the Welfare Department, ” she said.

Malaysian Council For the Blind CEO and co-founder Silatul Rahim Dahman expressed hopes that the government would mobilise its mobile clinics for the vaccination drive to better reach out to the marginalised communities.

“This would be another way of assisting them instead of requiring them to get to the vaccination centres.

“Such mobile clinics are often used for other purposes such as eye screening, ” he said.

He said while there were many means to register for the vaccine, the OKU community faced challenges, especially the visually impaired and those without limbs.

“There were also those with poor motor skills, such as those with cerebral palsy, who found the registration process challenging but thankfully, there is help from NGOs such as Yayasan Orang Buta who were ready to help them with registration, ” he said.

Despite the challenges, Silatul said the OKU community was appreciative of their inclusion in the second phase of the national vaccination drive.

“Many came forward to register for it in hopes of being inoculated soon so they could minimise the risk of being infected because many in the blind community, such as tissue paper sellers, masseurs and street musicians risk exposing themselves to the virus as they try to earn a living, ” he said.

Association for Residential Aged Care Operators president Delren Terrence Douglas said one major hurdle of getting the elderly registered for the vaccine is the misinformation that abounds.

“There is too much information, making it confusing for the elderly folk, or they may think that they do not need it as they do not mingle with many people.

“There are some who do their own research online and even though their children encourage them to get the jab, they have doubts about it, ” he said.

Although MySejahtera is an easy way to get the elderly signed up, he said some were not tech-savvy.

“They may have to rely on their children to do it. They can call the hotline as well. There are other ways, but not many people are bothered, ” he said.

The authorities are also ramping up vaccinations for frontliners.

Malaysian Dental Association (MDA) president Dr Leong Kei Joe said that the Health Ministry had contacted them to check on those who have yet to receive the vaccine.

This followed their letter dated April 7, enquiring about the vaccination delay for private dental practitioners, he said.

“MDA is now working closely with the ministry. Many have received the vaccine but there are others still pending, ” he said.

A dental practitioner said a number of his colleagues have not received the jab.

“Most dentists and general practitioners – from the public and private sector as well as the armed forces – have received the jabs now.

“But there are still quite a number of my colleagues who have yet to get confirmation of their vaccination appointments, ” said the dentist who declined to be named.

Aiming to get all teachers vaccinated in second phase

‘Vaccine is not bulletproof’