Balik kampung: In this photo taken a day before Hari Raya Aidilfitri last year (2020), traffic police are seen at a roadblock near the Skudai toll in Johor checking on vehicles. - THOMAS YONG/The Star.

PETALING JAYA: Ahead of Hari Raya Aidilfitri next month, many Malaysians are wondering whether they would be allowed to travel across state lines to celebrate the festival in their hometowns amid the Covid-19 pandemic.

On Thursday (April 15), Health Minister Datuk Dr Adham Baba said that his ministry had proposed a postponement in allowing interstate travel for Aidilfitri celebrations as the Covid-19 transmission rate is still at a worrying level.

The ministry had earlier said that it would do a risk assessment study to determine if it is safe to allow interstate travel for Aidilfitri, or whether doing so would lead to another surge of Covid-19 infections.

For context, on March 5 the government allowed travel across districts while interstate movement remained restricted.

The Star analysed the Health Ministry’s Covid-19 figures from March 1 to April 14 to get a clearer picture on whether things have been improving.

What does the data show?

One of the things health authorities and experts measure when trying to find out where things are headed is the infection’s reproduction number, called R0 (pronounced as “R naught”).

However, if the R value goes down, the disease will eventually stop spreading as not enough new people are being infected to sustain the outbreak.

To calculate the reproduction number, experts use data such as the number of people dying, admitted to hospital or testing positive for the virus over time to estimate how easily the virus is spreading.

Since March 1, the daily R value for Malaysia as released by the Health Ministry has climbed to more than 1:

Community clusters on the rise

Of late there has been an apparent increase in the number of infections due in part to a failure to follow the standard operating procedure (SOP) during social activities and gatherings.

In Terengganu, for example, mengeteh or ngeteh – having coffee or tea with friends in restaurants or stalls after subuh (dawn) prayers in mosques or surau – was one factor behind the emergence of a Covid-19 cluster in Besut.

He said the number of cases was high of late because of the failure of some people to adhere to the SOP, particularly at social gatherings.

"Several clusters have emerged from social gatherings, where those affected were involved in funerals, weddings, gambling or cock-fighting activities.

"These social activities sometimes involve inter-district travel and movement from red zones to other zones, causing the disease to spread," he said at the state disaster management committee's briefing in Kuching on March 1.

Often, such cases will involve what the Health Ministry classifies as community clusters.

According to the ministry’s background description of the clusters, some were linked to funerals, celebrations, social gatherings and weddings.

The ministry's figures show that of the 347 new Covid-19 clusters that emerged from March 1 to April 14, 83 (23.9%) were classified as community clusters, making them the second biggest type of cluster behind workplace clusters, which recorded a figure of 236 (68%).

A likely reason why workplace clusters dominate is the government’s decision to make it mandatory for all foreign workers to undergo screening.

However, authorities experts have repeatedly warned about the threat that is also posed by infections within the community.

In deciding whether it will be okay for Malaysians to travel to their hometowns for Hari Raya Aidilfitri, the Health Ministry has said that its risk assessment would be based on six factors: 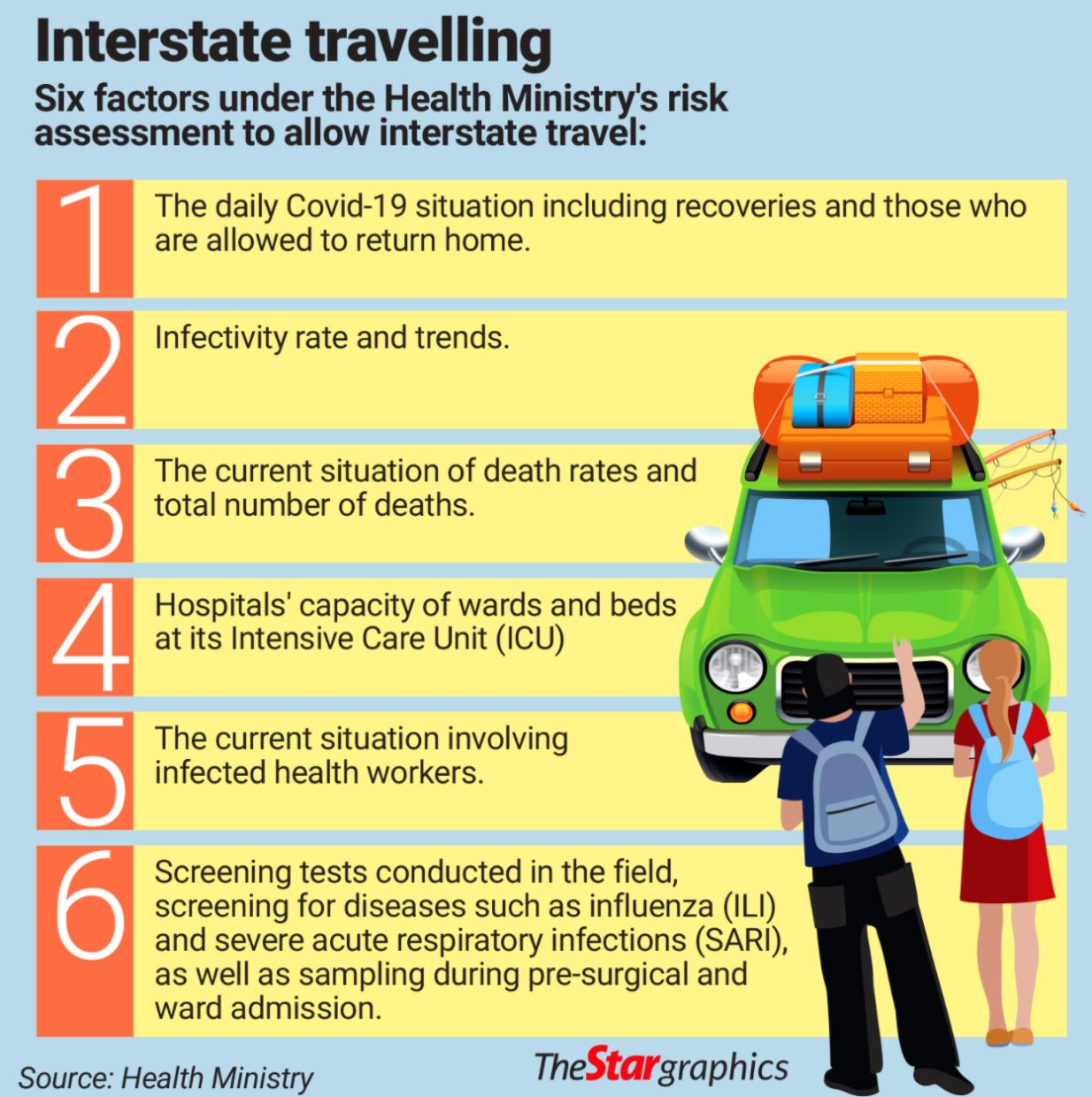 What the experts say

Universiti Putra Malaysia medical epidemiologist Assoc Prof Dr Malina Osman said interstate travel for the purpose of balik kampung should not be allowed until most of the vulnerable groups of the population have received their vaccinations.

"We have observed, based on recent data from the Health Ministry, that 69% of deaths related to Covid-19 involve those who are 60 years old and above, and 89% of them have underlying health conditions.

"If active and new cases are within one to two digits, and most of our vulnerable group (the elderly and those with comorbidities) have received their vaccines, only then should interstate travel for the country be allowed," she said. She urged the public to continue to take precautions, adding that decisions should be made to avoid the possibility of a fourth wave of infections.

"The government should continue current strategies on managing the outbreak, enforcement of regulations under Act 342, and promoting the vaccines.

"At the same time, all of us in the community should follow all those procedures, comply with the SOP and sign up for the vaccine," said Dr Malina.

Universiti Putra Malaysia's consultant clinical microbiologist Prof Dr Zamberi Sekawi said that until the number of cases is reduced significantly and herd immunity is achieved, where at least 80% of the population is vaccinated, it is not yet safe for the public to travel freely or live a "normal life".

"With the current figures, chances are we won't be able to travel interstate for Hari Raya.

"Once you open up the borders, the number of cases will surely go up and spread to states where there are few cases," he said.

Dr Zamberi said if the number of cases is not kept to a low figure, the country risks facing deadlier mutations of the coronavirus.

"Our best option now is to get as many people vaccinated," he said. He said the government can encourage more people to get vaccinated by giving special allowance to social activities for those who have received the vaccine, such as being able to gather without wearing masks.

Institute for Democracy and Economic Affairs senior fellow Dr Carmelo Ferlito, meanwhile, believes that movement controls such as the travel ban should be implemented in a targeted approach instead of having generalised policies.

He said policies and solutions should be drafted to keep those at risk safe and protected, such as by restricting those liable to severe Covid-19 infections from traveling and to remain confined, while ensuring they have access to ad hoc support.

"We should allow the healthy part of the population to conduct a normal life, eventually get infected and go through the illness, developing immunity," he said, adding that for this segment of the population, limitations on the number of people per gathering, scientifically decided on a square metre basis of available space, is sufficient.

He added that with such an approach, a lot of money could be saved in economic stimuli and instead be invested in developing an effective long-term treatment, which is beyond the use of Covid-19 vaccines.

"We have lost more than one year and resources in not trying to develop a treatment," he said. 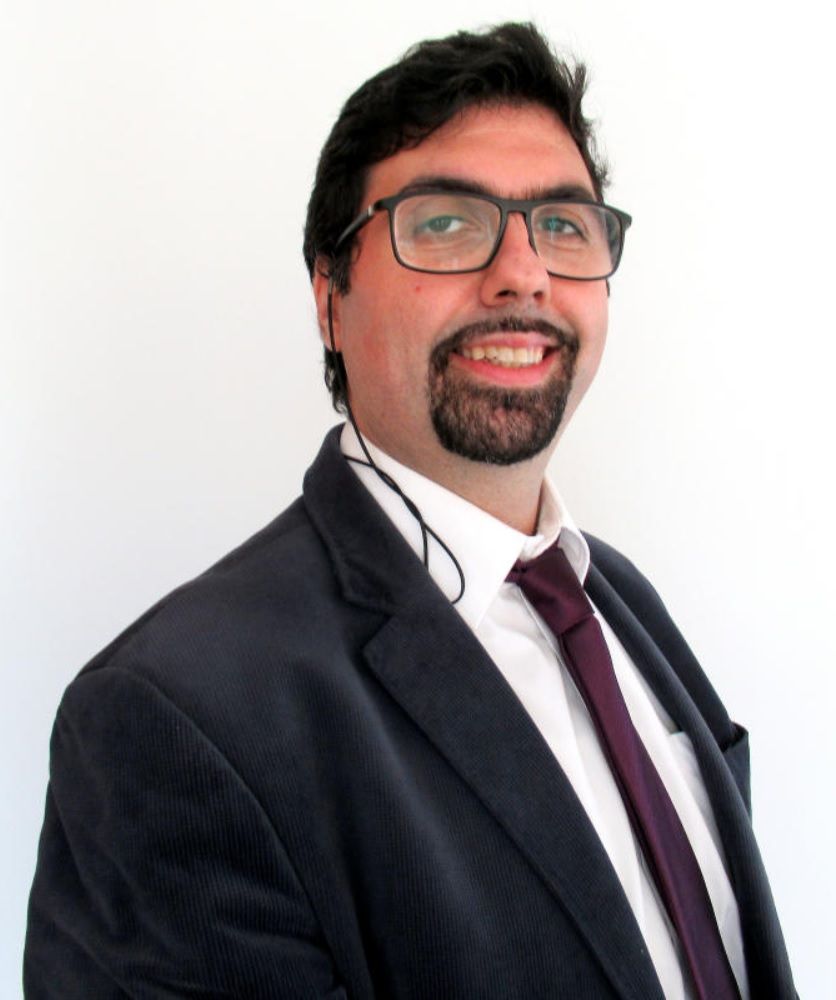 He highlighted that the percentage of total mortality from the total number of Covid-19 cases in the country has been on a constant downward trend since September and is currently at 0.37%, a relatively low figure when compared to other countries.

He added that the mortality rate was also low in comparison to other illnesses or fatalities due to road accidents.

"At the same time, some scientific articles, like a recent one from Science, pointed out that our main concern cannot be simply to limit transmissions.

"In fact, by limiting transmissions we can prolong the duration of the pandemic to 10 years, never allowing it to become endemic," he said, arguing that interstate travel ban would already be safe if a targeted strategy was implemented.

He said that data on death distribution by age groups and with comorbidities can help the government determine who are most at risk, and thus implement policies to protect them.

"It is also good to have access to the distribution of Covid-19 tests such as the ratio between tests and cases in places like workplaces and others," he said.
Article type: metered
User Type: anonymous web
User Status:
Campaign ID: 1
Cxense type: free
User access status: 0
Subscribe now to our Premium Plan for an ad-free and unlimited reading experience!

Covid-19 Watch: 236 new cases bring total to 5,035,613
Unbowed, unbent, unbroken, says Khairy over Umno sacking
Applications for foreign workers up significantly under new plan
Malaysia expected to become a ‘super-aged nation’ by 2056
‘Give pharmacists more positions’
How to be penny and pound wise for the golden years
PM receives congratulatory message from Biden
Varsity dream realised after years of toil
S’gor, Pahang to boost safety of slopes at border
Stretching the retirement ringgit