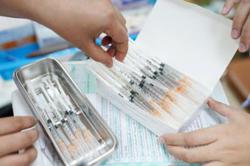 By October, Malaysia will have enough vaccines to cover 80% of the population, he said in attempting to allay the concerns of those wondering when their turn to be inoculated will come.

Taking to Twitter yesterday, Khairy also shared a graph by the special committee on ensuring access to Covid-19 vaccines.

“The green line is the delivery schedule of all the vaccines that Malaysia has obtained.

“The yellow line is the status of vaccine registrations now.

“The light blue line is the target. The supply will start to exceed the registrations by June.

“It will certainly be completed before the end of the year, ” tweeted Khairy, the minister coordinating the National Covid-19 Immunisation Programme.

The graph also showed that current total registrations stood at about nine million while the supply was under three million as at April.

However, starting June, the supply and demand will be in tandem, before the vaccine supply is expected to slowly climb up to finally cover 80% of the population, or about 27 million people, by October.

Phase one of the vaccine rollout programme was from February to April and involved frontliners.

According to the Health Ministry, as at Monday, a total of 1,018,937 doses of Covid-19 vaccine had been dispensed.

Meanwhile, a total of 8,602,156 people had registered for the vaccine as at Monday.

The second phase of the vaccine rollout, which will prioritise the elderly, those with comorbidity problems and people with disabilities, will start on April 19.

The third phase of the national immunisation programme is slated to begin in May for low-risk individuals above 18 years old. 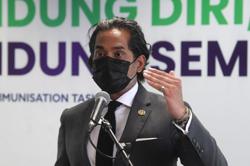