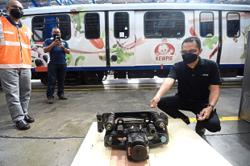 KUALA LUMPUR: The MRT3 line will be up for tender as soon as August, once the Cabinet clears the details of this massive urban public transport project that will connect all the existing urban rail lines in the Klang Valley.

Also known as the Circle Line, this third MRT line will play the crucial role of cutting short the distance for those who need to transfer between the MRT lines (Kajang and the upcoming Putrajaya), the LRT line (Kelana Jaya, Ampang/ Sri Petaling), as well as the KTMB Komuter lines.

Last week, Transport Minister Datuk Seri Dr Wee Ka Siong said the project would commence in the second half of the year following the government’s approval of Mass Rapid Transit Corporation (MRT Corp) as the project owner of the national infrastructure.

Under the Barisan Nasional government, the project was almost ready to be awarded, but when the Pakatan Harapan government that took over the reins in May 2018, it cancelled the award exercise that was widely speculated to cost between RM40bil and RM50bil.

In yesterday’s media briefing here, Mohd Zarif said about 40% of the 50km-plus alignment would run underground, which is a huge deviation from the original specifications that were put out for tender, which had more than 80% of the alignment running underground.

MRT3 is one of three planned MRT lines under the Klang Valley Mass Rapid Transit Project spearheaded by MRT Corp, a special purpose vehicle under the Finance Ministry.

The Circle Line will form a loop or orbital line that encircles Kuala Lumpur’s city core, while linking up most of the radial rail lines mentioned earlier in stages, with construction spread over 10 years.

Mohd Zarif said there would “be about 10 interchange stations” among the 30-plus MRT3 stations (see map).

“We have several options, all of which are being studied, before being finalised over three months, and then put up for tender.” - Datuk Mohd Zarif Hashim

“We have several options, all of which are being studied, before being finalised over three months, and then put up for tender, ” said Mohd Zarif.

He added that the government would also attempt to achieve several other objectives with the line, such as reducing the reliance on foreign labour, using more factory-built building components such as industrialised building systems to cut short construction time and to make construction jobs more attractive to Malaysians, and to ride on the Construction Industry Development Board’s vision of transforming the construction industry.

He declined to reveal the expected cost of the project, saying that “it is not far from previously speculated sums”, although he confirmed that MRT Corp was proposing to use a hybrid model to finance the project, which is expected to have a multiplier effect of 3.5 (one ringgit of spending will generate 3.5 times more in returns).

Under the hybrid funding model, MRT Corp is expected to tap on a Private Financing Initiative, other than government funding or borrowings.

“In this way, we hope to lessen the burden on the government, which is supportive of the project.

“We will be careful and take our time with this, ” said Mohd Zarif, adding that multiple stakeholder engagements would take place soon.

In a notice last Friday, MRT Corp said it was in the process of gathering information and responses from interested companies via a Request for Information (RFI) exercise.

“This exercise will allow MRT Corp to fully consider all potential participants of this project and review the interest, capacity, and capability of the industry to participate in any future tender exercise relating to this project, ” said MRT Corp on its website.

It added that a briefing session would be held next Monday for parties that met its requirements. 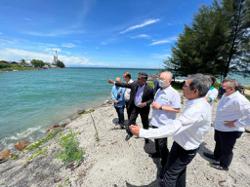