Green ‘cookware’: Stacks of bamboo are seen at Wan Noriah’s house in Segamat.

JOHOR BARU: Bamboo sales have picked up this year with lemang makers now allowed to open their stalls at Ramadan bazaars. 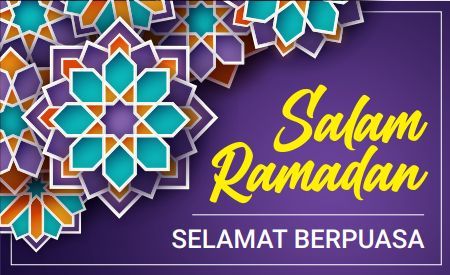 Mohamad Shahwal Mohd Salleh, 27, who has been supplying bamboo for making the glutinous rice delicacy in Kluang for the past five years, said that he started receiving orders about two weeks ago.

“I did not expect sales of bamboo to pick up this year, especially since people are still not allowed to cross state borders.

“Surprisingly, sales have been good.

“I have sold about 600 sticks of bamboo so far, which is higher than the total I sold for the whole month of Ramadan last year, ” he said, adding that he sold about 500 sticks in 2020.

Mohamad Shahwal said he hoped to see better sales in the weeks to come, especially as lemang sellers could now ply their trade at Ramadan bazaars.

“I hope that the sales we receive this year will make up for the losses we suffered due to the pandemic last year, ” he added.

Maria Mansor, 44, who sells bamboo for lemang at Kampung Sinaran Baru in Kempas, said the rush for the item started a few weeks earlier this year.

“Normally, people will start looking for bamboo about two weeks before Hari Raya but this year I started getting calls even before the fasting month.

“I have received orders for about 3,000 sticks of bamboo this year, which is three times the amount I sold last year.

“It was such a relief as I was worried that sales would be as bad as last year due to the pandemic. Thankfully, things seem to have improved significantly, ” she said.

Maria added that most of her customers were traders who either sold lemang or resold the bamboo sticks at different locations.

“There are also those who buy it for their own use for Hari Raya, but most of my customers are fellow traders, ” she said.

Wan Noriah Wan Sulaiman, 49, who sells lemang bamboo in Segamat, said she expected sales to return to their pre-pandemic height this year.

“We used to be able to sell between 200 and 500 sticks a day in the last two weeks before Hari Raya.

“However, due to the closure of Ramadan bazaars last year, we were only able to sell about 40% of that amount.

“We expect sales to return to normal or even get better this year as the bazaars are now allowed to open, and as people look for ways to keep the Hari Raya spirit alive since they are unable to return to their hometowns, ” she added.