A file picture of Datuk Seri Najib Razak arriving for his appeal hearing against his conviction and jail sentence for misappropriation of RM42mil in the SRC International case at the Court of Appeal in Putrajaya on April 6, 2021. – AZHAR MAHFOF/The Star

PUTRAJAYA (Bernama): The Court of Appeal heard that Datuk Seri Najib Razak did not know that the money in his bank accounts was transferred from SRC International Sdn Bhd.

This was because the former premier always believed that the money in his AmBank accounts was the remainder of donations from the Saudi royal family.

"Some RM164mil was transferred into his new accounts after an old account that was used to receive donations was closed in August 2013. Najib believed the money was a contribution from the Saudi king.

"The trial judge Mohd Nazlan Mohd Ghazali stated that Najib must have known of the RM42mil deposited into his accounts from SRC. With respect, this was an error of law.

"The trial judge in equating post-transfer 'knowledge' with 'dishonesty' fell into error. The mens rea element of 'dishonesty' for criminal breach of trust is based on 'intention' and not 'knowledge'," he added in his submission.

Harvinderjit said fugitive businessman Low Taek Jho, or more commonly known as Jho Low, was the one who transferred money from SRC into Najib's accounts without his knowledge.

The Kuala Lumpur High Court had on July 28, last year sentenced Najib to 12 years' jail and a RM210mil fine after finding him guilty on seven charges of criminal breach of trust (CBT), money laundering and abuse of position, involving RM42mil in SRC International funds.

Harvinderjit said the prosecution at the close of its case only showed that Jho Low was meddling in Najib's accounts.

At this juncture, Justice Abdul Karim questioned; "Why Jho Low, who had no any authority, was concerned (about Najib's accounts)?

Harvinderjit replied that since 2011, money was coming from the Arab royalty as donations and Jho Low, through a non-diplomatic channel in 2010, had arranged for a meeting with the Saudi king and Najib.

"The monarch had expressed his support that Najib remained in power so that Malaysia did not fall into the hands of extremist elements. The king had said he would support Najib though he did not say it would come in the form of donations," said Harvinderjit, adding that several months later it was Jho Low who said the king would give donations.

Harvinderjit said Najib then opened current and savings accounts in AmBank as he was expecting up to US$200mil in donations from Saudi Arabia.

Previously, AmBank Raja Chulan branch manager R.Uma Devi testified that based on the bank records between 2011 and 2013, millions in US dollars were remitted into Najib's accounts.

The hearing of the appeal continues. – Bernama 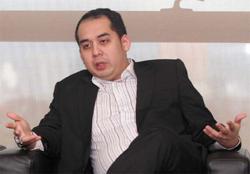