KUALA LUMPUR: A family who openly show off their Datuk Seri and doctorate titles, with the father even supposedly having a professorship, are now under scrutiny.

The family comprising the father, mother and their sons, who are all supposedly titled, had uploaded pictures with their honorifics on their company website. But a check showed no details of their awards and academic qualifications.

MCA Public Services and Complaints Department chief Datuk Michael Chong said this was the first time he had come across an entire family with so many titles.

“If the titles are authentic, then I congratulate them for being the most titled family in Malaysia, ” he said, adding that he received information questioning the status of these people.

“Something is very wrong when a person calls himself Datuk Seri Professor Dr so and so.

“A professorship is for someone who is teaching at a university.

“The minute he leaves, he no longer has that title even though he has a doctorate unless he is a professor emeritus which allows the person to keep the title upon retirement, ” he said.

Chong cited Penang Deputy Chief Minister Dr P. Ramasamy who no longer referred to himself as a professor even though he had been one at Universiti Kebangsaan Malaysia previously.

Chong also said the uniforms worn by one of the Datuk Seri had no resemblance to any from the states.

“He was also pictured with a fake Sultan Melaka who was subsequently arrested.

“From the picture, the so-called Sultan Melaka was the guest of honour at his company function which ironically was to promote honesty, ” he said.

Chong said he had collected all the evidence and information, saying the MCA had received similar reports from the public since he declared “war” on Malaysians with fake titles or awards from the Philippines which has no value or recognition.

The Kuala Lumpur-based company was also involved in promoting awards for companies, he said.

“I have called the person involved and cautioned him on the consequences of using fake titles as he can be detained under the Offences Relating to Awards Act 2017.

“The man claimed he and his family have stopped using the titles since 2017, ” he said.

Last month, a couple from Melaka was arrested under Section 12 (2)

of the Act as well as under Section 420 of the Penal Code for using unrecognised titles including “Datuk” and “Datuk Seri” to commit fraud.

Police also arrested a group of people with fake Justice of Peace (JP) titles in an operation against such individuals with fake titles.

The awarding of JP in Melaka had stopped since 2012.

Chong urged Malaysians to lodge police reports instead of merely passing the information to him. 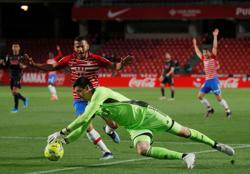