PETALING JAYA: A saleswoman lost over RM17,000 in six months to placate a boyfriend from hell who not only demanded money from her but made her exercise in the buff.

The 23-year-old woman, who only wanted to be known as May, met the man via an online game in April last year.

They became a couple a month later and met for the first time in person at Genting Highlands in October.

Just a day after their first meet-up, the boyfriend told her that he needed money to pay off a car loan.

“He also borrowed money from me to pay his phone bill and rent.

“Later, he also asked about my monthly pay and would scold me if I did not pay his bills on time, ” she said at a press conference organised by MCA Public Services and Complaints Department head Datuk Seri Michael Chong.

The 31-year-old man also forced her to borrow money from loan sharks and even dictated how she should look.

“Around Jan 27 this year, he started to instruct me to wake at 5.30am to exercise and forced me to record myself daily as proof.

“He insisted that I do the exercises naked so that he could see the progress of my weight loss, ” she said.Family intervention finally made her realise that this was not a normal relationship. She broke off with the man on March 23, but by that time she had already given him more than RM17,000.

Chong said these “Casanovas” would normally resort to blackmail after getting nude photos and such.

“Once they get you to sleep with them, they will ask for nude photos. Then the blackmail starts. I have encountered many such cases.

“I hope her story will serve as a deterrent to other potential victims, ” he said. 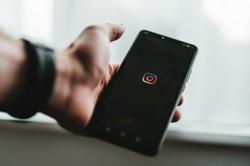 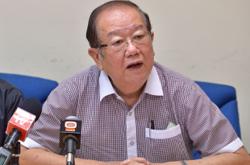