PUTRAJAYA: Starting June, plastic waste importers must pay RM20 for every tonne of scrap brought into the country for recycling in a move by the government to regulate the recycling industry and curb plastic pollution.

Housing and Local Government Minister Datuk Zuraida Kamaruddin said the government had wanted to charge a fee of RM50 for every tonne but it was negotiated down to RM20.

“They have agreed, so we will implement this in June, ” she told The Star.

At present, these importers need not pay any levy when they bring in plastic scrap for recycling.

There was a furore in 2018 when factories processing plastic waste caused a major pollution in Kuala Langat, Selangor.

Back then, Zuraida was quoted as saying that a levy was being looked into in a bid to better manage the problem of plastic pollution from the recycling industry.

In a recent interview, she said the government had tightened the rules for those wanting to bring in plastic waste.

“Because of what happened in 2018, we closed down more than a hundred plastic factories. Some were compounded and brought to court, ” she said.

As of February this year, she said there were 71 recycling factories or companies with Approved Permits (APs) to import clean and recyclable plastic scraps that come under the Customs code of HS3915.

“Officers will be on the ground to make sure they comply with all the terms. Then only will we approve the APs. We are very stringent, ” she said.

“Then we came up with stricter guidelines. They have to declare the country of origin of plastic scraps. “This means that the company that wants to export under the HS3915 code will have to be endorsed by the country of origin, ” she said.

Other measures introduced since 2018 include factories being required to have proper storage facilities and a restriction on plastic waste import from developing countries.

Zuraida explained that Malaysia would only allow import of plastic scraps from developed countries such as Australia, Singapore, New Zealand, Japan and South Korea.

Generally, she said Malaysia could capitalise on the plastic industry as “it is a good industry if it is managed properly”.

The “turning point” in the local recycling business happened in 2018 when China banned import of plastic waste, leading to a huge impact on the global recycling system.

This led to a number of companies relocating their operations to Malaysia.

Last week, the subject of plastic waste was reignited after reports emerged that a ship from the United States to Malaysia supposedly contained contaminated waste.

After an inspection of the consignment in Port Klang, Environment Minister Tuan Ibrahim Tuan Man said the shipment contained polyethylene plastic waste that was clean and in compliance with the Basel Convention. It was then allowed into the country.

Sahabat Alam Malaysia (SAM) said that while the Malaysian authorities were thorough in their inspection of these containers, they were unsure if the same inspection procedure was carried out on all other imported waste.

SAM president Meena Raman said there was a need for a total ban on import of plastic waste from developed countries to protect public health and the environment.

“The cost and burden to public health and the environment in dealing with plastic waste and the residuals far outweighs the revenue gained by the Malaysian government from the levy imposed on plastic waste import.

“We already have plastic waste generated domestically which needs to be recycled safely, ” she said when contacted.

She said the global community had to deal with the bane of plastic waste, thus corporations and businesses that created the plastic problem need to quickly address it.

“Plastic recycling should not be used as justification for further plastic and single-use plastic production. We need to move towards zero waste, ” she said.

About 100 containers of plastic waste still sitting at NBCT 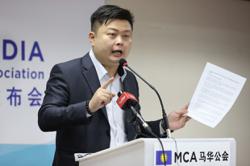