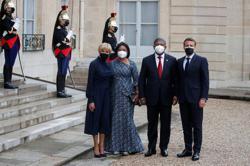 Working together: Muhyiddin (fourth from left) with his Cabinet members at a meeting at Perdana Putra. — Bernama

“The government’s current focus is to battle the pandemic through the National Covid-19 Immunisation Programme and to restore the economy.

“Therefore, I do not want their resignations from the Cabinet to jeopardise the government’s planning on the pandemic and economic recovery, ” the Prime Minister said in a statement yesterday.

Umno ministers met Muhyiddin at his office at Perdana Putra on Monday to discuss their positions following the party’s decision to cut ties with Parti Pribumi Bersatu Malaysia.

Muhyiddin, who is Bersatu president, said the ministers agreed to heed his advice and remain in the Cabinet.

“The Umno ministers sought my advice on their positions in the Cabinet following the decision of the Umno general assembly that the party would sever ties with Bersatu in the 15th General Election.

“I have advised them to stay in the Cabinet, in the interests of the people and the country.

“Alhamdulillah, an agreement has been reached in which all Umno ministers will continue to remain in the Cabinet, ” he said.

Muhyiddin added that with the agreement, the Cabinet would be able to continue functioning normally and all initiatives by the government would be carried out as planned.

During its general assembly over the weekend, Umno passed a resolution to not have any cooperation with Bersatu and the Perikatan Nasional coalition in the next general election.

Umno also gave its president Datuk Seri Dr Ahmad Zahid Hamidi and its supreme council the mandate to withdraw support for the Perikatan government “at any time it deems fit”.

Meanwhile, the Prime Minister also said the Johor state government consisting of Perikatan and Barisan Nasional would remain, and there would be no political changes that would bring adverse effects to the country or Johor.

“That is why at the federal level, my Umno Cabinet friends have decided to remain with us.

“For Johor, it will be the same too, ” Muhyiddin told reporters after chairing a Johor Perikatan meeting at Zenith Hotel here yesterday.

Prior to the meeting, speculation was rife that the meeting chaired by Muhyiddin was to discuss the cooperation with Johor Umno in the current state government, following the recent Umno resolution.

The Johor Perikatan government is currently holding the state with a razor-thin majority, with 29 seats against Pakatan Harapan’s 27.

Muhyiddin also said Johor Bersatu leaders had raised the issue of negotiations for the appointment of village chiefs not being done right.

“This has caused some uneasiness. But to ensure the maslaha (public interest) for the Johor people, we will remain together.

“That is our promise, not for Umno, but for Johor, ” he said.

Muhyiddin said the meeting had also made several important decisions, including seat negotiations among coalition partners in the state.

The Johor Perikatan meeting was also attended by state PAS and Gerakan leaders.

‘It will be irresponsible to abandon our duties’ 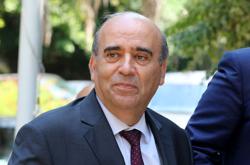 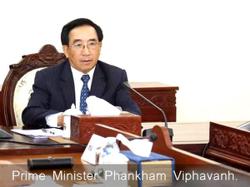