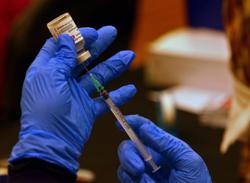 SIBU: Although the public is allowed to observe Qing Ming (Tomb-Sweeping Day), cemetery managements here will not put up the MySejahtera code or logbook for registration so as to discourage people from observing the festival amid Covid-19 concerns.

Sibu United Chinese Graveyard Association chairman Teo Boon Siew said these cemetery management groups had made the decision as they felt that the number of Covid-19 cases here remained rather high.

Since the pandemic started, Sibu has recorded 5,589 cases.

Teo, who is also a Sibu rural district councillor, said there are 21 cemeteries covering a total of 100ha under the association.

"They feel that for safety's sake, it is better for the people not to go to cemeteries during this time," he said on Thursday (March 25).

He added that the decision was taken by the managements comprising various Chinese clan groups individually and not by the association itself.

"We have to respect their decision," he said.

The association, he said, can only advise those who will be going to cemeteries to adhere to the SOP.

"We have put up banners telling people to follow the SOP set by the State Disaster Management Committee at the entrance of every cemetery," he said.

The committee has approved the observance of Qing Ming from March 20 to April 14 but with strict SOP in place.

It includes visiting hours being restricted from 4am to noon for cemeteries and 4am to 4pm for columbariums.

Eight members of a family are allowed to go to the graves while only two at columbariums or memorial halls.

The elderly, children below 12 years old and individuals with chronic diseases are advised to refrain from participating in the festival.

The cemetery managements' decision is certain to cause anxiety among the public who could be fined RM1,500 for not registering themselves when entering these places since the MySejahtera code and logbook will not be provided.

The managements have indicated that they will not be held responsible should anyone be compounded for non-registration. 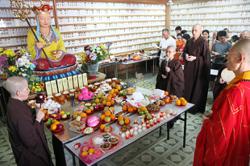 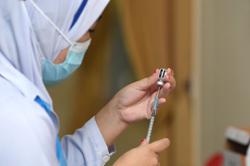