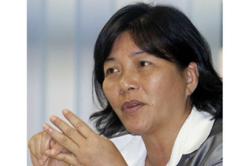 PETALING JAYA: A woman who says she is an active PKR member has filed a police report claiming she was sexually assaulted by a state assemblyman from Parti Amanah Negara.

In a police report dated March 16 filed at Bandar Sunway, the woman named the Amanah representative and claimed he sexually assaulted her at a shopping centre there.

"This meeting is the second time after we met on Jan 10 at KLIA. The second time we met because he wanted to discuss current political issues with me as I am also active in my party.

"He also wanted to buy a birthday gift as it was my birthday. As he was a politician, I agreed and was honoured to meet him," she said in the report.

She further claimed that the assemblyman sexually assaulted her on the way to a restaurant.

"At first, I tried to think good thoughts about him, until he took me to a restaurant for dinner. On the way, he fondled, hugged and did undesirable things, making the journey to the restaurant take quite a long time," she said.

She also alleged that he told her to keep silent over the incident.

Attempts have been made to get a response from the assemblyman, who holds a senior position in the party, over the police report.

The woman is said to be a committee member of Terengganu PKR Youth. 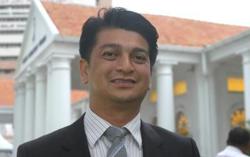