By GC TAN and IMRAN HILMY

ALOR SETAR: After a dismal performance at three earlier tournaments in Thailand since January, Lee Zii Jia just wanted to redeem himself when he stepped into Arena Birmingham on March 17.

His mother Leow Siet Peng said Zii Jia was so upset with his performance that he isolated himself for a while from those close to him, even his family.

She said Zii Jia felt guilty over his poor performance in Thailand, which led to upheavals within the Badminton Association of Malaysia, whereby five players were dropped in February.

“He just wanted to redeem himself. He wanted to shine again on the international stage, so the pressure on him to win the All England was tremendous.

“He pushed himself and his hard work paid off. We are extremely proud of him, ” she said at their family home in Jitra yesterday.

Leow said she and her husband Lee Chee Hin, who are both former national basketball players, were impressed by their son’s ability to bounce back within a short time with the necessary training before competing in the Swiss Open and All England tournaments.

She said after the historic victory, Zii Jia contacted them via video call around midnight to share the joyous moment with them. 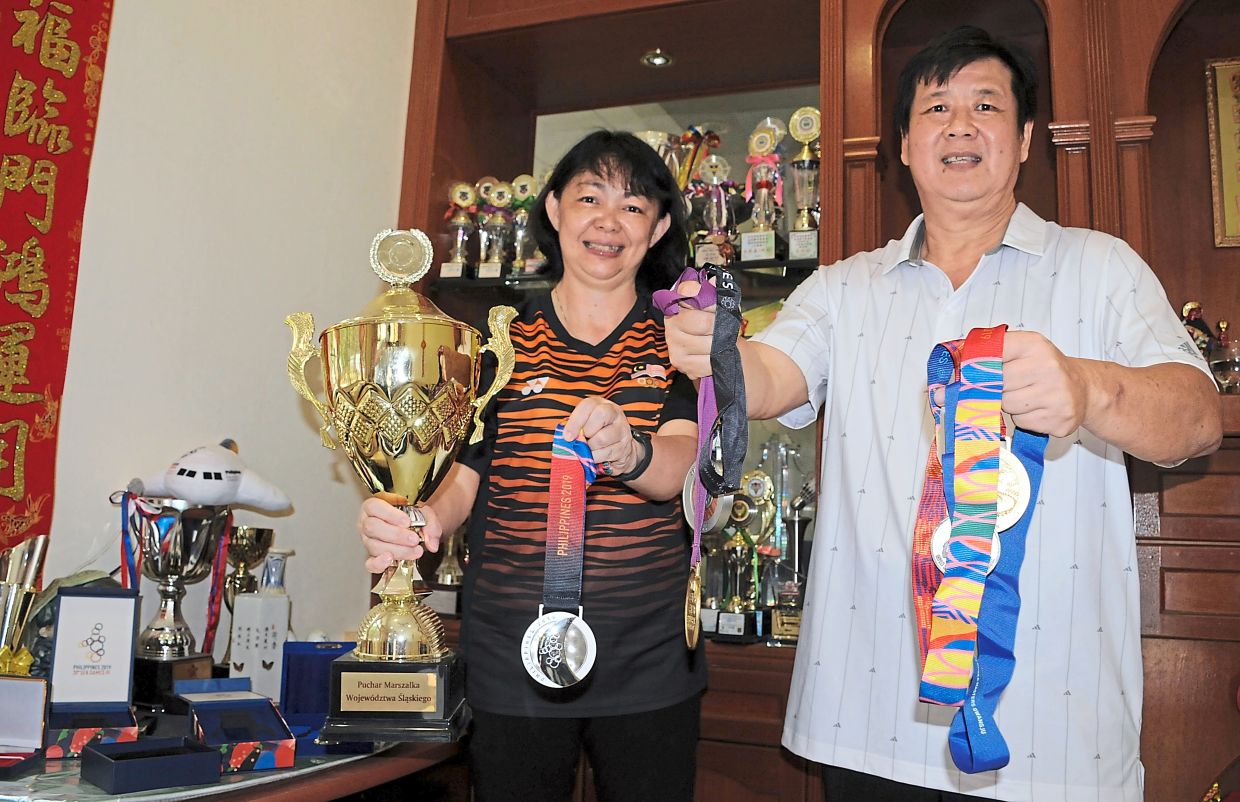 “He showed us the trophy. He was very happy and we were proud that he had the support of all Malaysians.

“Most importantly, we hope Zii Jia will continue to excel in badminton. We hope he will continue to do our country proud by winning more prestigious titles, ” added Leow, who is a senior assistant (administration) at SMJK Keat Hwa 2 in Alor Setar.

She said Zii Jia would not return home soon as he had to undergo quarantine, noting that he had yet to receive his Covid-19 vaccination.

Lee, a former businessman, said he was amazed by Zii Jia’s endurance and determination.

“He is only 23 and still has a long way to go. I hope all Malaysians will continue to support him and give him time to grow stronger and better at the sport, ” he said.

Zii Jia is the second of three siblings aged between 20 and 25. He will be celebrating his 23rd birthday on March 29.

Meanwhile, Youth and Sports Minister Datuk Seri Reezal Merican Naina Merican said Zii Jia’s victory was a message to the world that he was an upcoming player to be reckoned with.

“After this, Malaysia will be seen as a strong opponent among badminton powerhouses in the Olympics and other international tournaments, ” he said after chairing a state development action council meeting in George Town.